Home Celebrity Stranger Things: Gaten Matarazzo operated on because of a rare disease! 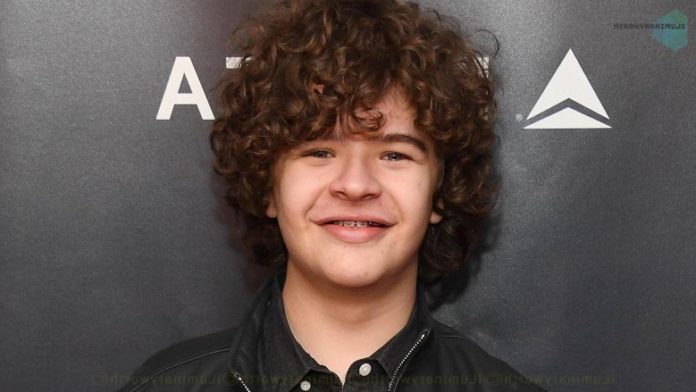 On Instagram, Gaten Matarazzo, the one who plays Dustin in Stranger Things, confessed to having been operated on because of a rare disease!

A few years ago, Gaten Matarazzo (Dustin in Stranger Things) made revelations about his illness. The latter suffers from cleidocranial dysplasia .

In an interview with the American program The Jonathan Ross Show, the actor from Stranger Things explained : “It is a disease where you are born without collarbones . I do not have any. It affects the development of your face, your skull, your teeth. That’s why I don’t have one. These are fake. I have teeth but they are all baby teeth.

The actor also explained, “I need a lot of surgery. I just want to publicize this pathology. And tell people that this is not something we should be afraid to show . ” And this Thursday, January 30, the teenager shared a photo on his Instagram account where he appears in the hospital. He explained that he had to have another surgery.

Surgery number 4! This is a big one! To learn more about Cleidocranial Dysplasia and how you can help those with the condition you can go to ccdsmiles.org.

With his shot, he also collected more than 1.7 million “likes” in just a few hours from his fans. And in the comments, they also supported the young man . Many people have given him their full support. It is also the case of his friend Millie Bobby Brown (Eleven of Stranger Things) who posted an adorable message. Under her picture, the latter also wrote: “Good luck love !!! I send you my love door ” .