Home Entertainment Stranger Things: Everything We Know About The Demogorgon Monster

Stranger Things has become one of the most famous series on Netflix, following our favorite group of teenagers on their somewhat dangerous adventures involving the creatures of this universe.

Speaking of creatures, the most well-known from this Netflix hit is the Demogorgon, the humanoid monster from the Upside Down that has haunted Eleven and her companions throughout the seasons.

And to keep you in the loop ahead of the premiere of the next season of Stranger Things, we’ve brought you everything we know about the Demogorgon. Check out!

What is known about the Demogorgon from Stranger Things

The first step to understanding more about this creature is to know what the Demogorgon is after all and this is a difficult explanation, but he is a humanoid monster and very plant-like, which has no face and is known to open up like a flower before attacking your enemies.

As for the powers of this creature, the list is quite extensive, but the main ones involve being able to come and go from the Upside Down at any time and need just a few drops to follow someone during their hunts.

In addition, the monster is highly powerful when it comes to strength, managing to attack multiple humans in a single battle and come out unscathed, as well as regenerating after a certain period out of combat.

The origin of the Demogorgon is still a very open question for fans of the Netflix series, since, despite having left the Upside Down in the first season, we don’t know if he is original there or if it is a mutation of a creature. previously born in this universe.

Another very famous theory is that the scientists themselves would have created this monster and lost control of it, but nothing has been confirmed by the series.

An important point is that these creatures lay eggs and can reproduce, which means we could see several other versions of them over the course of the next season of Stranger Things.

A very interesting curiosity is that this creature seems to have some connection with the character Eleven, since, in the first season, we see her controlling him at times. 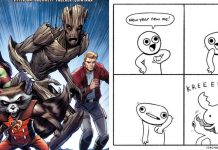 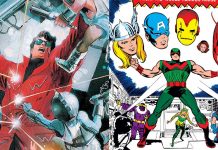 Interview with Tunic: duration of the game

Free And Sale Games For This Weekend: Ghost Recon Breakpoint And...