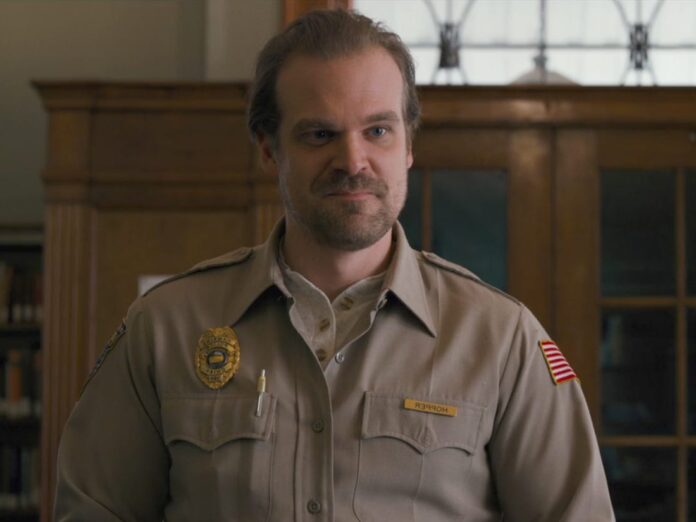 In the recent interview, David says more about his character Jim and about other characters. It also hints at the story of season 4 of Stranger Things.

“And one of the best things you can see with Hopper is that he was a protector, he’s a man of justice [and] now he’s become a prisoner. He is trapped and isolated. And we can see a completely different color from him that has been hinted at. ”

“This season is my favorite because it will really show you some new colors and what he’s really made of. You can really see so much of his backstory of who he was as a warrior in a sense and the mistakes he made in the past come back to him. visit it, and it just unfolds. ”

In detailing that the show’s creators, Matt and Ross Duffer, are “very receptive to fan response,” but also “one step ahead with the script,” Harbor explained that audiences “will see a lot of your favorite characters doing that. which is why you love them … but you will also see them twist it and turn it into other colors and flavors. ”

David Harbor also shared that other Stranger Things characters will similarly receive “great fan service stuff that you love” as they also “elaborate and reveal different aspects of themselves,” including their young co-stars, who have visibly grown up. throughout the progression. of the Show.

“’It’s very moving to watch them grow up and especially be like a fatherly father figure on the show and be so protective of those kids. Watching them grow up, I feel a degree of pride and fear for all of them. ”

With his speech, the Stranger Things producers are sure to take the show to a new level. Therefore, fans are waiting long to see it.

Chris Rock may host the Oscar ceremony in 2023 after Will...