The production of the fourth season of Stranger Things had to be stopped because of the pandemic of the new coronavirus. However, this does not mean that Netflix forgot fans. The streaming giant shared a video to show how dubbing some characters is in different languages.

The montage consists of some scenes of dialogues with different characters speaking in a certain language, but the others remain with the original audio. In the video you can see Mike speaking Italian, Japanese Hopper, German Dustin, Russian Steve, French Eleven, Hungarian Billy, Czech Erica, Spanish Joyce, Nancy Thai, Portuguese Murray and Turkish Bob. Check out.

According to Netflix “There is something magical about listening to your favorite characters through the ears of an international audience. Now you can enjoy the intense Japanese Hopper, the lovely Italian Mike, the chic French of Eleven and much more, presented in other languages ​​”.

Netflix had released a video showing behind the scenes of the fourth season’s recordings. The video, made by the cast itself, featured the team reading the script for the next episodes, before production started. However, Netflix had to stop recording because of Covid-19.

Stranger Things debuted in 2016 and currently has three seasons, all available in the Netflix catalog. 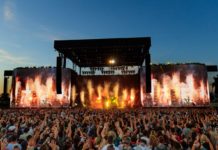 The Lost Music Video of David Bowie Was Released For The...