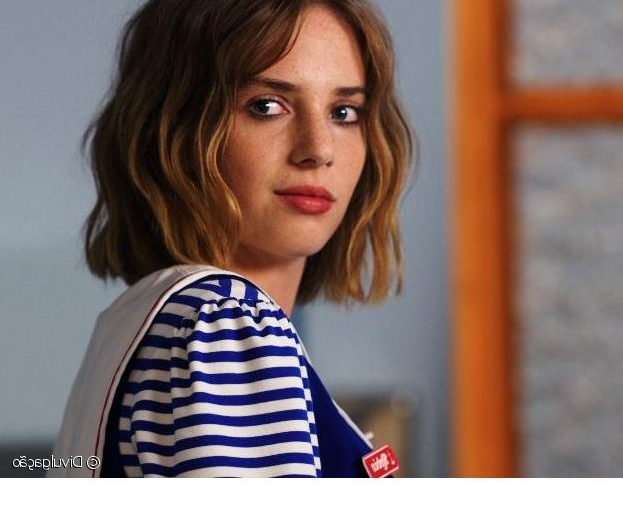 Maya Hawke, who plays Robin in “Stranger Things,” revealed that she is happy with the way her character approaches her sexuality in the series. According to the actress, the initial idea really involved a relationship between the character and Steve (Joe Keery), but it didn’t happen – and the reasons are obvious.

“Stranger Things” fans met Robin this season three of the series, but were surprised that the character was a lesbian, because everyone believed she would have a relationship with Steve (Joe Keery). But did you know that this was the real intention of plot production? Maya Hawke, interpreter of the character, said that the script did not show that the blonde would assume and this attitude made her very happy!

In an interview with Entertainment Weekly, she revealed that she was surprised. “I love that she comes out of the closet in the end … During filming, we really thought she and Steve shouldn’t be together and that she was gay. So when I come back and watch the first few episodes, that’s the most decision. obvious of all, “he said. According to the actress, she and the Duffer Brothers, creators of the series, decided to change the character. “Brothers Duffer and I, along with Shawn Levy (producer) had a lot of talk about it on film and when we filmed episode four or five, I think, we made that decision. It was kind of a collaborative conversation, and I was very, very happy with the way it happened “, confesses.

Beware of the spoiler: For those who do not remember or did not see the scene, Steve begins to show an interest in the co-worker, but is soon surprised by the news that she also likes girls. The boy gets no reaction, but things turn out well – not so much for some characters … But the fourth season is coming and promises to come full of surprises! Are you ready?