Home Celebrity Stranger Things: the actors of the series have changed! (PICTURES) 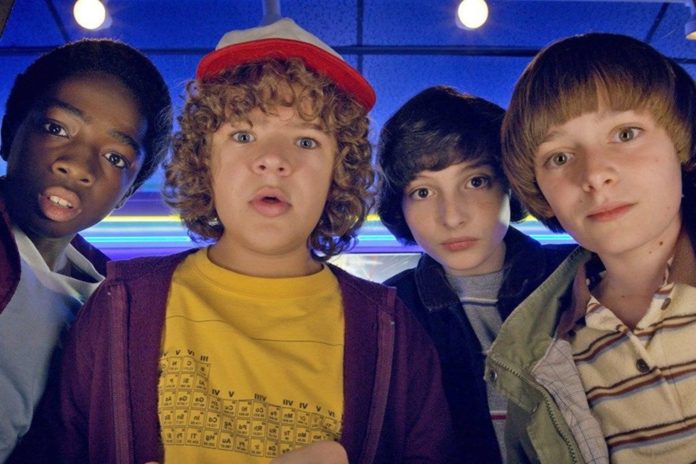 Stranger Things fans are eagerly awaiting the arrival of season 4. The actors have changed a lot since the first season!

Season 4 of Stranger Things is in full preparation. The actors of the series have grown well since the first season and they are unrecognizable! Please note, the article contains spoilers!

The Stranger Things series is a big hit on Netflix. This summer fans were able to watch season 3 and there was no shortage of action. Eleven, Mike and the other characters had to fight a new monster and they put themselves in danger. In addition, in this season, the young heroes have grown well since they entered adolescence. Thus, the fans could see nascent loves as well as some jealousies.

Stranger Things fans will have to wait before they can see season 4. Netflix has yet to announce a release date. Everyone is anxious to know if Hopper is still alive and fans should have the answer in the next season. Over the seasons, Millie Bobby Brown has grown very close to the actors in the series to the point that they have become close.

STRANGER THINGS: MILLIE BOBBY BROWN HAS CHANGED A LOT SINCE THE FIRST SEASON!
Millie Bobby Brown started Stranger Things when she was 11 years old. So, she was still very young when she had a huge success in the series. Since then, the starlet has been present both on the small screen and in the cinema. However, she can still count on her friends from the show. Indeed, it seems that she is very close to Finn Wolfhard as well as to Caleb McLaughlin.

Finn and Caleb play Mike and Lucas in Stranger Things and they make a good team with Eleven. Indeed, the trio works well and they are very close in the series. Millie Bobby Brown seems to have always been close to the two actors. Besides, she shared a photo of her with them in the first season. The three actors have changed and they are unrecognizable! In the second photo, Millie is 15 years old and has long hair. Finally, Finn Wolfhard and Caleb McLaughlin are 17 and 18!

Everything Kristin Cavallari and Jay Cutler Said about Returning to the...