Home Entertainment Stranger of Paradise: Final Fantasy Origin | How Was The Project Born? 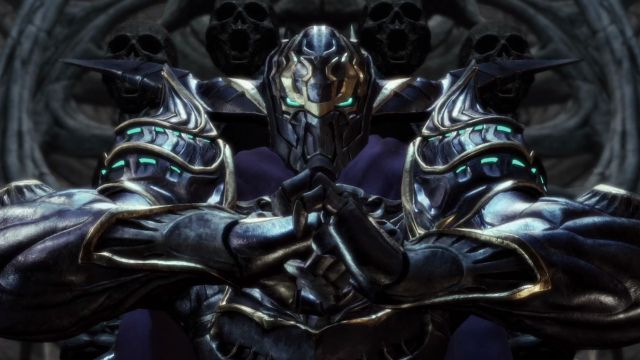 Stranger of Paradise: Final Fantasy Origin, Tetsuya Nomura, one of Square Enix’s strong men, reflects on the creative process for this new action game.Square Enix booked a final surprise for its E3 2021 conference, in which a new Guardians of the Galaxy video game was also announced. In collaboration with Koei Tecmo and Team Ninja, the Japanese are working on Stranger of Paradise: Final Fantasy Origin, a kind of reimagining of the first title in the main saga. It is an action game set in a universe of darkness and blood. Tetsuya Nomura, one of the minds behind the project, has explained how the idea came about.

“The concept and planning for Stranger of Paradise: Final Fantasy Origin began around the time after [publishing] Dissidia 12 Duodecim: Final Fantasy,” a fighting title developed by Team Ninja. “I told myself that I wanted a game that was not focused on the fighting between characters, but on the locations where the action took place.” After a while, the idea that came to mind is that of a story about an angry man. Time passed and Nomura ended up fusing these concepts into a more solid idea.

Different, but with essence

“Even though it’s a game in the Final Fantasy series, it doesn’t feel like one. Even so, the essence of Final Fantasy flows powerfully in this game, ”he asserts. The creative defines it as an “austere” title, which is why it has been “a difficult compromise”. Although the title will take a while to arrive yet, Nomura anticipates that the battle system is closely linked to the story.

Stranger of Paradise: Final Fantasy Origin will be released in 2022 for PS4, PS5, Xbox One, Xbox Series X, Xbox Series S, and PC. The game already has a demo on Sony’s next-generation console, although at this time it still does not work. The study has published on social networks that it is already working on identifying the problem to correct it.