Home Entertainment Stranger Of Paradise: Final Fantasy Origin DLC Will Only Be Available With... 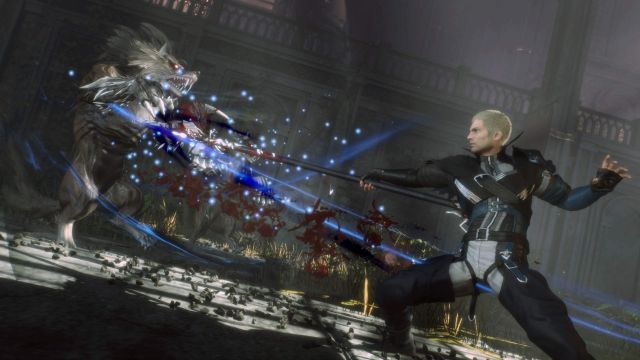 Stranger Of Paradise: The Final Fantasy spin off by Team Ninja will have three paid DLCs after its launch, which will not be sold separately. After going back on their own to the delight of soulslike fans with two installments of Nioh, Team Ninja will bring us this coming March a spin off of Final Fantasy focused on the action of the house. Thus, Stranger of Paradise: Final Fantasy Origin will not come alone, and it will have paid downloadable content after its launch, but it will not be sold separately, that is: it can only be purchased and played by getting the game’s Season Pass.

A Season Pass not yet available

In this way, the arrival of Stranger of Paradise: Final Fantasy Origin three DLCs of considerable size and content will be released later: The tests of the Dragon King, The traveler of the crack and Different Future, of launch still to be determined and that as we said , they will not be sold separately but as a set of a Season Pass. This Season Pass does not yet appear as available for reservation, but it is part of the Digital Deluxe Edition, which can now be reserved for 99.99 euros on both Steam and the PlayStation Store and Xbox Live Store. Meanwhile, the standard edition of the game is exactly 69.99 euros.

In addition to said Season Pass, this Digital Deluxe edition includes the Rebellion weapon, the digital soundtrack, a digital art book, a PS4 theme, the Wild Heart weapon and the Shining Shield protection, as well as early access to the game 72 hours specifically.

With this, it is presumed that the Season Pass will cost around 30 euros and despite not being available at the moment, from Square Enix they have assured that it will be once the game is officially on sale.

Stranger of Paradise: Final Fantasy Origin will arrive on March 18 for PlayStation 4, PlayStation 5, Xbox One, Xbox Series X/S and PC.