Home Entertainment Stranger of Paradise: Final Fantasy Origin and Other Spin-Offs, What Games Are... 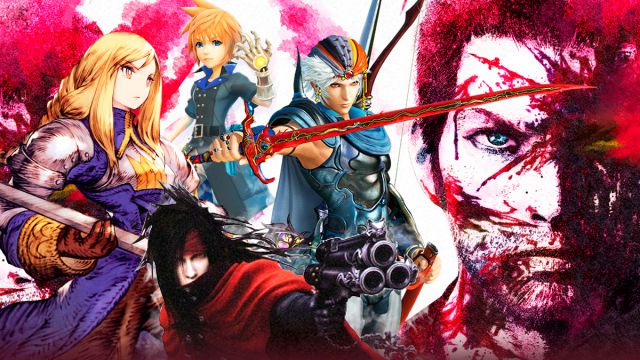 Stranger of Paradise: Final Fantasy Origin,  The Square Enix RPG saga has experimented with various genres throughout its history. We collect some of these titles.Square Enix was saving a surprise for the end of its conference at E3 2021, an announcement of a title that had already been leaked, but had not yet been officially announced. Stranger of Paradise: Final Fantasy Origin is a free reimagining of the first video game in the series, a product that uses some elements of its iconography and mythology to backbone a new story, built on a Souls-style action gameplay. More than three decades after Hironobu Sakaguchi created the first chapter, Final Fantasy has featured numerous main games, but also several spin-offs that we review in this article.

The aforementioned Stranger of Paradise, designed by Team Ninja and scheduled for 2022, is just one of the many spin-offs that have been outlined to date. The success of Final Fantasy VII Remake and of this chapter in particular has motivated the team led by Tetsuya Nomura to give the green light to Final Fantasy VII: The First Soldier, destined for iOS and Android mobile devices. At a time when the battle royale genre is triumphing with works such as Fortnite, PUBG, Call of Duty: Warzone or Free Fire, the Japanese wanted to try their luck with their free-to-play video game, which still has no release date, although part of the community has already been able to test it thanks to the closed beta.

From spin-off to independent saga: the case of Mana

In the year of the thirtieth anniversary of the Mana series, it is worth remembering the kinship that it once had with Final Fantasy. It was 1991 when Squaresoft released Final Fantasy Adventure on the original Game Boy. It is a game that was baptized with different titles in different markets. Thus, it was known by the names of Seiken Densetsu: Final Fantasy Gaiden in Japan and Mystic Quest in Europe.

Unlike the main saga, Final Fantasy Adventure did not implement a turn-based combat system, but instead opted for a Zelda-style gameplay, with real-time fights. It also offered dungeons, puzzles, and other items similar to the Nintendo title on the NES. It was not born as a new series, but as one more branch of Final Fantasy, so that in this first title you can still find common elements that remind us of the mother saga. Throughout the adventure, players come across chocobos and moguris, two types of creatures closely tied to Final Fantasy.

This title directed and conceived by Koichi Ishii may have been planned as a spin-off. Not surprisingly, Yoshinori Kitase, a key figure in Final Fantasy, was involved in writing the script. Nobuo Uematsu, meanwhile, is credited as the composer of the chocobo theme. And yet his independence from Final Fantasy wasn’t long in coming. Seiken Densetsu 2 or Secret of Mana in the West was released in 1993 for SNES. The mention of Final Fantasy disappeared from the title in all its territories, as did the chocobos and other ingredients of the star saga of the old Squaresoft. Thus came Mana, a saga that was able to offer something fresh enough to be able to carve out a path to success on its own. And 30 years have already passed.