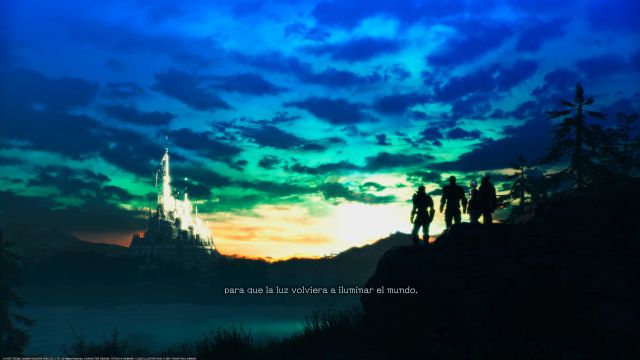 Stranger of Paradise: We tell you our conclusions about Stranger of Paradise: Final Fantasy Origin, the new work of Team Ninja in collaboration with Square Enix. Stranger of Paradise: Final Fantasy Origin maintains the personal seal of Team Ninja. The prestigious studio joins forces with Square Enix to take its star saga to the action RPG as only they know how to do it. The result is full of lights and shadows. There is no doubt that the DNA of the study is present. Once again they manage to design a combat that transmits talent to each combination. But not everything is up to what they know how to do. The bar reached with the Nioh saga in design and execution is far from the adventures by Cornelia. Funny? Yes. Do you have room for improvement? Of course.

The warriors of light

The promotional campaign that has been behind part of the meme established on the internet. Chaos is the most repeated word among those waiting for the game… and also for its protagonists. For some reason the narrative efforts of Stranger of Paradise are divided into several phases. Start focused on the story they intend to tell. And we say “pretend” because it is not clear what we do, why we do it and what are the motivations of the leading cast.

Without going into revelations of any kind, its first hour combines unlikely situations with the uncertainty of what lies beyond. It is played with the repetitive resource of light against dark, good against evil, in a usual way in the middle: a group of heroes in search of fulfilling a greater objective that saves the race from extinction. So far so good. The problem is that it is difficult to figure out when it changes tone.

Everyone will be familiar with the scene of one of the pre-release demos. Neon, the fourth in discord, makes her big speech a few minutes after meeting the rest of the group. But Jack is a cold guy, who turns around after blurting out the famous Bullshit that spread through all social networks. Most of the scenes after that moment follow that line. A character tries to speak and Jack answers him bluntly. It is difficult to connect with a narrative full of dialogues that border on the absurd and that on many occasions have no relation to what we see on the screen.