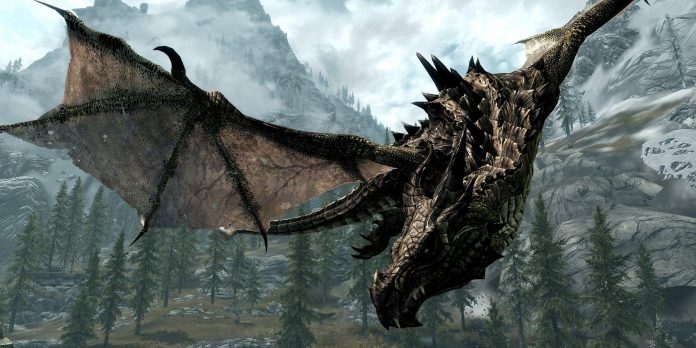 Dragons are a cult element of the fantasy genre and are synonymous with Skyrim in the world of video games. When they exploded on screens in November 2011, they immediately attracted the attention of viewers around the world. Players could destroy animals with magic and weapons, completely selling Skyrim as an action role-playing game.

Over the years, more bugs have been found to disrupt immersion, and they have distracted players from the experience of killing Skyrim dragons, but many of them return from time to time, no matter what. Despite any shortcomings, Skyrim remains an impressive achievement in the field of game development, and players can still learn to enjoy the occasional bugs that raise their scaly head.

User precnn in the r/skyrim subreddit boasts of one strange error that occurs after killing a dragon on the side of the road. When the once-buried skeleton of the dragon is red-hot, it begins to push steadily, stuck with its tail in the hill. When its wings come into contact with the road, the carcass jumps, swinging its body, while the tail remains firmly stuck. This animates the creature with a whimsically cheerful movement.

User Stuffman1861 makes fun of the dramatic death of a dragon, playing on the rules of naming dragons in Skyrim, calling the creature a “Dramachquin”. Another user, Claptrap-94, jokes that the dragon’s erratic movements are akin to “trying to find a comfortable position” to sleep every night. Quote Todd Howard’s now infamous phrase “It just works” even more to describe a floating skeleton.

techimp user explains what exactly causes such irregular movements. As can be seen from the video, the dragon’s tail cuts off the hillside, which is why the inverse-kinematic skeleton cannot find solid ground on which to lean. Since almost every bone of the beast is in the air, the skeleton will continue to spin until it is supported by geometry. As techimp briefly summarizes, this is “aka bugged.”

Although Skyrim has been re-released on many platforms, similar errors continue to persist. However, aspects of the game that are affected by the physics engine are not as easily configurable as several changes made in the Special and Anniversary editions of the game. Moreover, with a fan base dedicated to memes and mistakes that arise in and around the game, it’s worth wondering if Skyrim will remain as relevant without them.