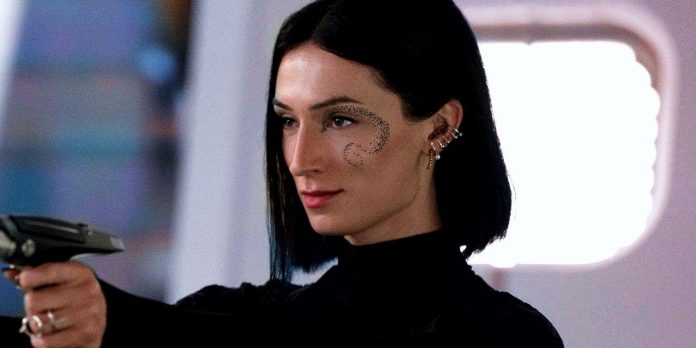 Has Strange New Worlds created the next great Star Trek villain for the modern era? While different generations of Star Trek are often defined by their respective Starfleet captains, formidable and iconic villains are no less important. Star Trek has rightfully become famous for its famous recurring villains over the years, whether it’s entire species like Klingons and Borg, or diabolical personalities like Han Noonien Singh, Harry Mudd, Q and Gul Dukat.

The modern “Star Trek” (since 2009) has largely failed to recreate this series of villains occupying the first places in the charts. In Kelvin’s timeline films and Paramount+ streaming, Star Trek either paraphrases old favorites (the Borg Queen and Q in Star Trek: Picard, Khan in Star Trek: Retribution, etc.), or introduces new villains who failed to make a lasting splash (Osiraa, Control, Your Harvest, Krall). So many memorable Star Trek antagonists from the classic years were recurring faces who pestered the good guys over and over again, but that concept apparently died out along with Kirk’s father and the Klingon design of the “Next Generation.” Even “Star Trek: Strange New Worlds” with its episodic structure and atmosphere of return could not create a villain worthy of a review… still.

In the seventh episode of the series “Strange New Worlds”, Jesse James Keitel plays the captain of an Angel pirate operating on the edge of Federation space on his ship “Serene Squall”. Space pirates are nothing new to Star Trek, but Captain Angel is a few percent higher than the rest, and this is largely due to Keitel’s mesmerizing and charismatic portrayal. Transformed from the reserved and diplomatic alter-ego of “Dr. Aspen”, Captain Angel suddenly explodes into a whirlwind of sarcastic dialogues and vivid intimidation, mocking enemies with such ruthlessness that even Spock would recognize their humiliations as very funny. Remember Agatha Harkness and the Master who gave birth to a particularly sarcastic child… Although Angel reveals his true identity only in the last third of “Serene Squall,” Keitel grabs this 15-minute window by the scruff of the neck and does what “Star Trek” has spent more than a decade searching for a fan-favorite enemy who lights up the screen and has enough character potential to return decades ahead.

Personality power isn’t the only reason Captain Angel could be the next great Star Trek villain—their personal connection to Spock creates a connection to the franchise’s mythology that’s ripe for exploration. As Saybok’s lover, Angel is actually Spock’s half-brother, but the restless Vulcan captive is also a revolutionary among his people, defying logic and order in favor of emotion and chaos. Saybok’s political leanings undoubtedly signal that Captain Angel is not just space pirates raiding errant ships for fun and credit—they have a more ambitious philosophical goal that could threaten the very foundations of the Federation. Thanks to amazingly advanced technology and that famous loyalty to the black flag that Dr. Aspen talked about, Captain Angel of Serene Squall is a real villain from Star Trek, unlike anything else — not a machine, warrior, god or superman, but smart, cunning, charming criminals brave enough to captureEnterprise” on the first attempt.

Star Trek: Strange New Worlds seems to have already flagged Captain Angel’s long-term franchise potential. After the plan to free Saybok is thwarted, Captain Pike’s log necessarily confirms that the Angel escaped from captivity after teleporting in a shuttle, while their crew members were not so lucky. This unlikely escape (not to mention Saybok’s shocking discovery in Strange New Worlds) almost confirms that Jesse James Keitel will be back soon to harass the Enterprise. If you’re lucky, Captain Angel will become one of those eternal villains that the main characters of Star Trek can’t get rid of.

Tomorrow belongs to us: after the death of Odysseus, Amanda (Marion...