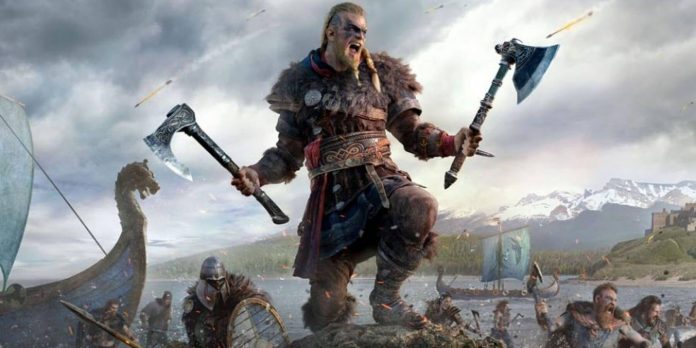 In Ubisoft’s latest addition to the Assassin’s Creed Valhalla series of role-playing games, players go through the main storyline in the role of Avor, the main character of the game. Players can switch between the two sexes for the character, and the game offers minimal customization of the Avor with a number of hairstyles or tattoos. Recently, an Assassin’s Creed Valhalla player shared a funny glitch, due to which the same Avor hairstyle is added to his inventory every time the game is loaded.
It’s been two years since the launch of Assassin’s Creed Valhalla in 2020. Since then, Ubisoft has been busy fulfilling its promises in the game’s content roadmap. Several DLCs have already been released for the title as part of its season pass, with the most recent major content update being the Dawn of Ragnarok expansion. However, despite the age of the game and the constant fixes that Ubisoft regularly makes to Assassin’s Creed Valhalla, players still find bugs and glitches in some parts of their passage.
link: Assassin’s Creed Valhalla Player Finds Bayek and Ai’s Easter Egg
On Reddit, user ThaizdunOfOerth recently shared a photo of his game. The image shows a menu where players can usually customize the look of Avor, and it shows that the Redditor has several copies of the same hairstyle. According to the Redditor’s signature, they get a copy of the dwarf’s hairstyle every time they download their game. Most fans probably remember that they can get this hairstyle for Avor in one of the quest lines in the addition of Assassin’s Creed Valhalla: Dawn of Ragnarok.
For some reason, every time I download the game, it gives me another copy of the dwarf hairstyle from ACValhalla.
Other players on the TharizdunOfOerth Reddit thread shared similar feelings, saying they feel the same way. Some have noted that they even have as many as 45 pieces of the same aesthetic item Assassin’s Creed Valhalla. However, none of the players seem to mind it or complain about it too much. Given that there are other issues that developers may have to focus on, the player base doesn’t seem too concerned about constantly adding copies of character customization options to their inventory.
Since Assassin’s Creed Valhalla regularly releases patches and fixes, it’s likely that fans won’t have to wait too long to see how this particular problem is solved. We hope that Ubisoft will soon notice this and quickly solve the problem before the players’ in-game inventory is overflowing with the same hairstyle for Avor.
Assassin’s Creed Valhalla is already available on PC, PS4, PS5, Stadia, Xbox One and Xbox Series X/S.

What Tamra Judge Should Bring to the 17th Season of RHOC