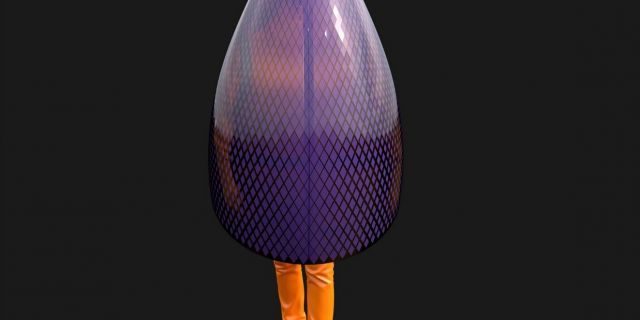 A Chinese architect designed a strange protector to protect against the corona virus. The design, which can be worn like a backpack, becomes a capsule that closes the front of the wearer to prevent virus contamination.

The Corona virus continues to show its effects in many countries, especially China. While trying to find the treatment of the virus, on the other hand, measures are being taken to prevent the spread of the virus.

The design of Sun Dayong made of carbon fiber will stand as the bat wings stay in the closed position, and the user will carry the concept on his back like a bag. The concept design shared by the Penda architecture office established by Sun Dayong, the ultraviolet radiation network that it spreads on the surface will not only cause the death of the virus by heating the surrounding environment, but also its sterilization in its environment.

The protective design, which has a design similar to warming cars to prevent frosting in the winter, will heat up to 56 ° C to kill viruses. The concept has been designed to be foldable but can be opened automatically if desired.

Sun Dayong’s theory of killing viruses by heating, which he found to prevent the spread of the corona virus in concept design, has not yet been approved by scientists. It is not currently known whether the Corona virus will die at high temperatures.

Sun Dayong, the creator of concept design that will provide protection from the Corona virus, hopes to find investors to make the concept a reality. Dayong explained that engineers should work on the design even when investors are present.

According to the statement of the Center for Disease Control and Prevention in China, corona virus is transmitted by air when people carrying the virus sneeze or cough when people are close to six meters apart.

Tesla Became the Fastest Growing Brand in the World

India’s Capital Is Covered With Poisonous Smoke : Schools Are On...

Are Jimin and V Really Struggling?

CHRIS BROWN PRESENTS HIS NEW SON AND DISCLOSES HIS NAME