Home Tech A Story System will be Added to the Game with the New... 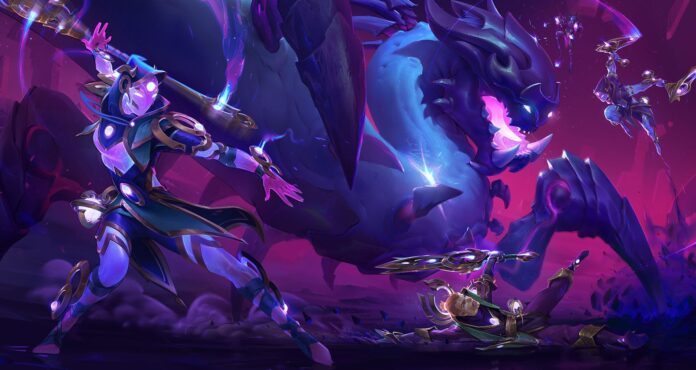 Dauntless, the action role-playing game released by Phoenix Labs last year, will receive a new update in the coming days. This update, which will include many features such as new creatures, new locations and new abilities, will also bring the story system that players have been waiting for for a long time.

The action role-playing game Dauntless, developed by Phoenix Labs, will soon receive a new content update called ‘Call of the Void’. With this update, new creatures, new locations, new challenges and new abilities will be added to the game. However, the most important innovation to be added to the game with the update will be the story system that the players have long wanted.

Although Dauntless was liked by the players, there was no real story in the game until now. Along with the new update, a real story will be added to the game, which may affect the players. The developer firm Phoenix Labs says that with ‘Call of the Void’, players will notice the changes and their choices will directly affect the story.

What kind of game is Dauntless?

The action role-playing game Dauntless, developed by Phoenix Labs and published by Epic Games, debuted in 2019 as a free-to-play game. A constantly evolving world of players awaits with regular updates, seasonal events, new Behemoths and much more in Dauntless. At this point, the description shared by Epic Games, which you will experience for hunting, is as follows:

“Fight for survival at one end of the world. As a Hunter, it is up to you to hunt huge Behemoths who are in trouble with the land. Develop yourself in co-op battles with millions of players, craft deadly weapons and strong armor, and create your legend as Ramsgate Hunter. ”

Dauntless’s new ‘Call of the Void’ update, which is playable for PlayStation 4, Nintendo Switch, Xbox One, Android and Windows PC platforms, will meet with players on June 11. You can use the link here, get more information about the game or download the game to your computer to reach the Epic Games page of the game that Epic distributes on the PC front.