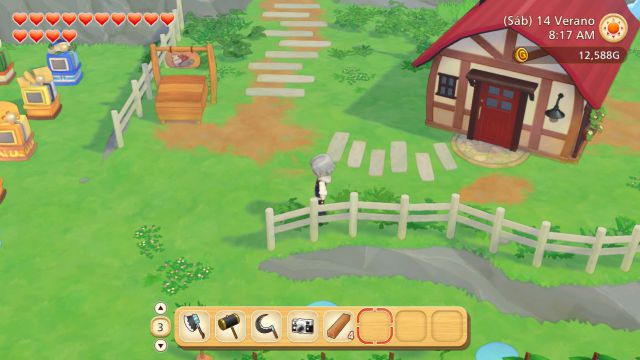 Story of Seasons returns to Nintendo celebrating the 25th anniversary of the saga. We analyze Pioneers of Olive Town, exclusive to Nintendo Switch.

In the interactive leisure catalog there are thousands of proposals with which to feel comfortable. To play a quick game, get excited about an adventure, shoot everything that moves or to escape from everyday life. In the latter mentioned there are also trotting and moche but few can last us so many hours -except for those of the mmorpg genre- as a simulator of -insert your favorite theme here-.

Marvelous and Xseed Games return exclusively to Nintendo Switch to prove us right with a title in tribute to the 25th anniversary of the Story of Seasons franchise. We talk about his latest video game; Story of Seasons: Pioneers of Olive Town.

Story of Seasons is a saga that emulates a life on the farm and, at the same time, embraces social simulation. None of its chapters have the depth of Farm Simulator or The Sims in their respective areas but they entertain as much or more than both together. Their carefree appearance or the simplicity of some of their routines – although this is not always the case – make them very entertaining and easy to assimilate games.

We begin our rural life after a short video scene where we are told about how Villa Oliva was founded and who its pioneers were. As an avatar that we can customize in a fairly extensive editor, we long for those times when our grandfather, one of the pioneers, lived there. The mayor will come out to greet us and give us basic advice to bring life back to the farm that our grandfather owned.

For now, except for the great character editor – it even lets us customize our bike! -, almost nothing is different from others in the series or genre. And it is that except for a couple of details the game mechanics, characteristics and possibilities are almost the same as always. However in Pioneers of Olive Town everything feels different.