Home Entertainment Story of Seasons: Mobile Shows Us The Way of The Good Farmer... 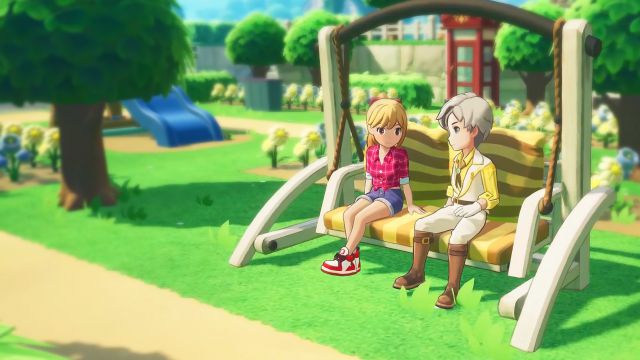 Story of Seasons: Mobile, Marvelous’ farm game, formerly known as Harverst Moon, will also feature an iOS and Android version.Life in the country is hard, but video games allow us to build a much kinder parallel reality, as in the case of Story of Seasons. Marvelous’ farm video game outlines its arrival on mobile devices with a title developed by Tencent Games (Next Studios). In fact, the Mobile version was announced years ago, specifically in 2019. Now, we can finally see it in action through a gameplay trailer, so we have to prepare the shovels and the animal feed, because we are going back to the farm.

The video begins with the arrival of the protagonist in the city of Xingulo Town. After the train stops at the station, the character gets down to business and cuts down some trees, fishes, and collects various resources. As the trailer reveals, there will be a day and night cycle. Story of Seasons: Mobile follows the structure of the other versions, which means that we will not only have to take care of the farm, but also our personal relationships. Thus, our character will seek love and participate in dates, which can sometimes culminate in a romantic evening under the stars.

Farms and life simulators: other games

Story of Seasons was previously known as Harvest Moon. The genre has developed over the years, with such powerful simulation titles as Animal Crossing: New Horizons or Stardew Valley. While the mobile version of the Nintendo game does not faithfully reproduce the gameplay of the main titles, Stardew Valley is exactly the same game as the one we can find on consoles and PC.

Marvelous and XSEED Games recently released Story of Seasons: Pioners of Olive Town for the Nintendo Switch. If you want to know everything about this delivery, we recommend you take a look at our analysis. Despite performance issues, the title received an 8.5 on MeriStation.

Detective Pikachu 2 Is Still In Development: Creatures Works With DLSS,...

Far Cry 6 Has An Alternate Ending – How To Unlock...