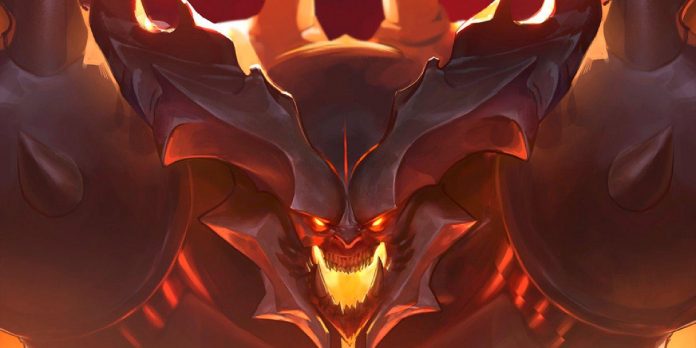 The recent Summer Game Fest was an exciting demo for gamers, featuring some games in development and announcing some new upcoming games. One of the discoveries of the June Summer Game Fest stream was the new Stormgate IP from Frost Giant Studios. The developer, partly made up of former Warcraft III and StarCraft II talents, first went public last year and announced that he was working on an exciting new real-time strategy.

It turned out that this game is Stormgate, an upcoming real-time strategy game with large-scale conflicts in a setting that combines elements of fantasy and science fiction. Stormgate claims to continue the “legendary legacy of world-class esports”, when players can organize their own tournaments, participate in mass events and qualify for professional esports matches. Stormgate also has some serious Diablo traits along with a clear Starcraft inspiration, which could prove to be a powerful combination.

The live broadcast of Summer Game Fest was full of great game announcements. For all fans fearing a dry summer when it comes to announcements and gaming news due to the cancellation of E3, the showcase demonstrated that players still have something to enjoy, and even more events on the horizon. One of the discoveries during the show was the newest free RTS Stormgate from former Blizzard developers, which is an exciting story set on a post-apocalyptic Earth where humanity will face some formidable alien invaders.

The game features an alternate version of the player’s own world, and the story takes place in the distant future, when humanity is almost facing extinction. Humans have been driven to the brink by aliens called the Infernal Host, a playable race of demonic beings determined to make Earth their new home, even if it means destroying its current inhabitants. Stormgate aims to create an expanding in-game universe with a story that is conveyed through ongoing campaign missions that constantly adapt and update the world and its narrative. Players can go through them alone or together with friends, waging a large-scale war.

Similarities with other names

Developer Stormgate has not shied away from the legacy of real-time strategy that many of his team have already been a part of, but Frost Giant Studios has also been keen to point out that its upcoming title represents the next step in the genre. Still building on the example of previous games such as StarCraft, Stormgate aims to create its own version of established genre tropes and trends. Stormgate is still in development, and the details of how it will differ from other games of this genre have not been revealed yet. Nevertheless, the first signs and stated aspirations of Stormgate are really promising.

The game will continue to be supported not only by the campaign plot, but also by new maps, modes and other features that guarantee the continuous improvement of Stormgate. The Summer Game Fest trailer featured a futuristic mech battling an apparently demonic winged enemy that at least definitely looks like Starcraft and Diablo. With its sci-fi atmosphere and StarCraft RTS gameplay, combining demonic enemies and the clash of two worlds, Stormgate can be a great combination of fan-favorite franchises, but at the same time offer players something new and unique.

Stormgate is currently in development for PC, and beta testing is scheduled to begin in early 2023.

Horizon Forbidden West: This Was Its Surprising Launch Event

Dragon Ball Games Battle Hour 2022: Calendar And Activities Of The...