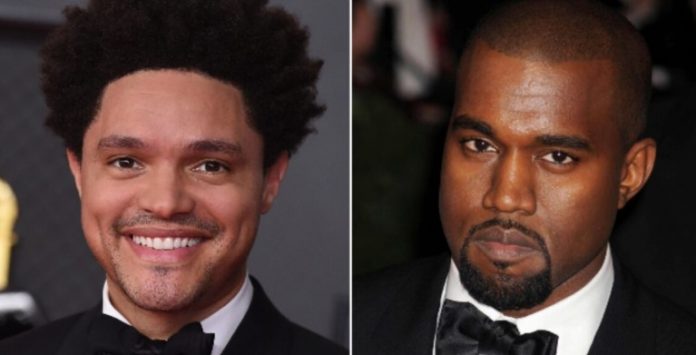 Kanye West is always in the news, whether for negative or positive reasons. Over the years, we have witnessed how E has made headlines for various reasons. While the audience is undoubtedly delighted with West’s super-hit songs and music or his incredibly successful career in the fashion world, sometimes what he does and says does not deserve praise. Despite the fact that the rapper enjoys great love and appreciation for his work, sometimes his personal views upset fans and people close to him.

Kanye and Kim Kardashian were one of the most successful and popular celebrity couples in the industry. However, the couple announced their divorce when the model filed for divorce in February last year. The divorce became a viral event and generated a lot of drama and controversy. The 24-time Grammy Award winner repeatedly teased his ex-wife. Among the many who condemned West’s behavior was Daily Show host Trevor Noah.

Over the past few months, Kanye has used his social influence and a huge number of fans to call his ex-wife Kim Kardashian and her then-boyfriend Pete Davidson. Shortly after the divorce, Kim was involved with comedian Pete Davidson. Since then, the Heartless hitmaker has made several disturbing statements on his Instagram and other social networks. West uploaded private messages and shared various messages about Kim and Pete. Amid all this drama, Daily Show host Trevor Noah called the Flashing Lights singer on Twitter for his questionable behavior.

“What we’re seeing here is one of the most powerful, one of the richest women in the world who can’t get her ex to stop texting her, stop chasing her, stop bothering her,” Noah said in his segment.

We analyze the Kim-Kanye-Pete situation and the harassment that many women face when trying to break off a relationship.

The host talked about how the Kim-Kanye problem started as a source of entertainment, but later turned into something exciting. Trevor encouraged people to talk about the problem not for entertainment purposes, but to point out that they were wrong.

Noah comes to support the rapper

After Noah’s statement, the rapper posted a photo of the presenter on Instagram along with a caption full of racist insults, as a result of which Ye was banned from the platform for 24 hours. Soon after, the Gold Digger singer became the object of criticism and objections from the masses. After the publication, the Grammys banned Kanye from performing at the 2022 Grammy Awards. However, soon Noah showed his support for the rapper on Twitter.

I told Kanye’s lawyer not to cancel Kanye.

Despite the fact that he was not allowed to attend the award ceremony, the Heartless hitmaker added two more Grammy Awards to his collection.

What do you think about Kanye’s behavior? Let us know in the comments below.

The Weeknd in 80’s mode: it reveals the piece “Blinding Lights”!