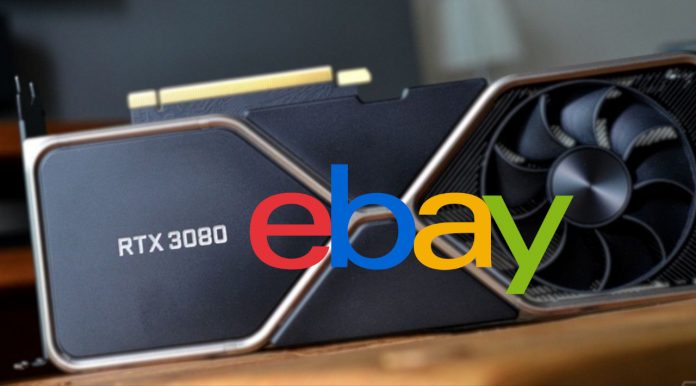 The stock shortage caused by the Covid-19 pandemic continues to grow day by day. When the declining production and distribution capacity due to the pandemic combined with the increasing demand, a great crisis emerged. It shows itself especially in new generation electronic devices. New generation graphics cards, one of the areas where the crisis was felt the most, became one of the most difficult products to find. The situation, which got out of control with the involvement of stockists, started to cause interesting events.

Stockists, who want to turn the crisis into an opportunity, buy the cards that are on sale at their normal price and sell them at terrible prices on the internet. Opportunists who use software (bots) especially produced for this purpose take all the graphics cards that come out with these software. But eBay users haven’t said the last word yet. Users who want to shoot the stockists with their own gun shoot the stockists with their own gun. With this method, eBay users who advertise using the images of cards such as RTX 3080 and RTX 3090 printed on A4, fall into the trap of stockists. Ad owners prevent misunderstanding by stating in the explanations that this is a trap for opportunists. However, users who purchase on eBay still need to be careful not to be scammed.

The method, which has been used to defraud people in the past, takes advantage of legal loopholes. The seller, who specifically states that this is an A4 picture in the advertisement, is justified by the system. The buyer who wants to resolve the situation must apply to the court. Unfortunately, this situation, which will only slow down the stockists, does not solve the problem. Until the problems in production are resolved, users seem to continue to be victims.

MicroStrategy Announces It Can Get More Bitcoin