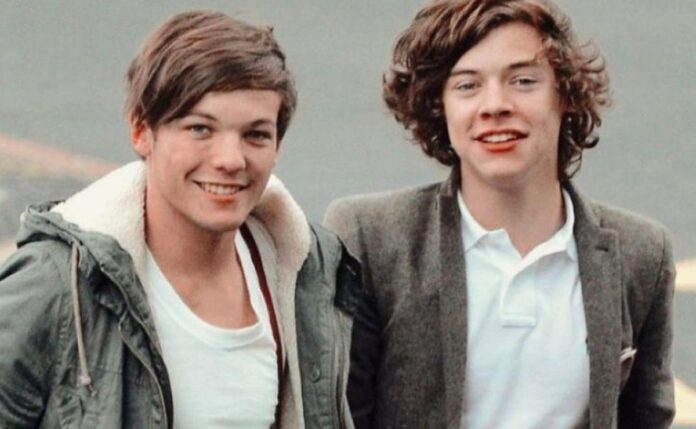 Lou Teasdale, former stylist of One Direction is pointed out as responsible for confirming the famous bromance between Harry Styles and Louis Tomlinson. How true are the rumors?

After their audition on The X Factor, 5 contestants named Liam, Zayn, Louis, Niall and Harry were chosen to form a group within the competition, which managed to rise to fame despite having won third place, since then, They are known as one of the most popular boy bands in the world.

For a few days, information has been circulating on social networks about the alleged statements of Lou Teasdale, a stylist who worked with the band and who was seen in videos and photos of One Direction. Being part of her staff, she assumes a close relationship with Louis Tomlison and Harry Styles, so various sources revealed that she confirmed the bromance between the two singers.

Some fans have the theory that between the two partners there could have been something more than a friendship, the two were very close during the first years of the group, they even lived a season in the same apartment and had various interactions on stage, currently, This belief persists in some of his followers and it seems that Lou Teasdale confirmed his suspicions.

After the separation of One Direction, Lou Teasdale has dedicated himself to sharing his experiences as a worker in the entertainment industry in a podcast, apparently from here came the statements of the stylist, who assured that Louis and Harry had a private relationship, but Neither of them confirmed it publicly, not even to their peers, both remained anonymous without interfering in their musical career.

The veracity of the statements has not been confirmed, in addition, the stylist has been singled out on previous occasions for denying that the Larry bromance was real and criticized the fans who support said idea, she also responded to some tweets where she assures that she has never given interviews to other media such as The Sun and that the words that have been taken from their podcast have been distorted.

Fans reacted to the news and believe she is using it as a publicity stunt. On the current relationship between the members of One Direction, Liam Payne assures that they have group calls and a messaging chat, but publicly they have focused more on their solo careers.

After the One Direction hiatus, it has been difficult to keep up with the boys, but Liam Payne and Louis Tomlinson, in addition to a friendship, share the experience of being parents.