Home Tech Steven Spielberg Will Make A Movie For Netflix 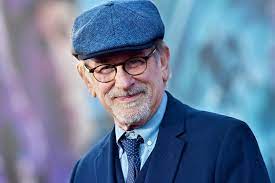 In the announcement of the collaboration, Steven Spielberg expressed his excitement to work with Netflix, saying: “This is a new avenue for our movies. We will also continue to tell stories with Universal and our other business partners. This adventure with Ted (Sarandos) will be very satisfying for me personally. I can’t wait to start working with him, Scott (Stuber) and the entire Netflix team.”

It can be said that the name Amblin sounds familiar because of the name Amblin Entertainment. Production company Amblin Entertainment, E.T. It was also seen in the tags of movies such as The Magic Clock in the Old House, as well as big movies such as The Old House. Amblin Partners will continue to work with partners like Universal, as Steven Spielberg noted.

It is worth remembering that there has not always been a warm relationship between Steven Spielberg and Netflix. The famous director had previously stated that Netflix should not compete for awards with the films it showed in theaters for a short time. However, things seem to have changed in the intervening period. It is currently unknown when the first fruits of the Netflix and Steven Spielberg partnership will be seen.