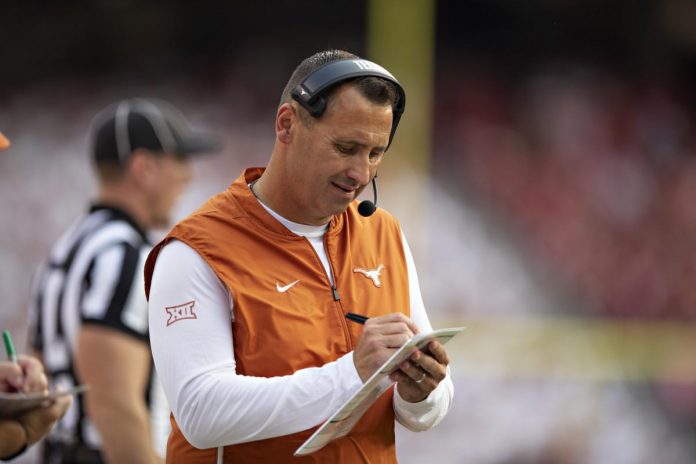 On Saturday, Texas head coach Steve Sarkisian will take on his former boss for the first time, taking on Nick Saban and the Alabama Crimson Tide.

The former offensive coordinator at Bam left many memories with Saban during their time together in Tuscaloosa.

On the eve of tomorrow’s game, Sarkisian was asked to recall the most angry great college coach in his life.

“He was asking for a specific build, and I couldn’t get it right,” Sarkisian said, according to Bob Ballow of CBS Austin. “I’ve been summoning formations based on how I know them. He wanted to make sure they were learning some of my new stuff, and I needed to learn from them too. The straw hat came off, the training stopped, and I was kind of stuck in the middle of the field, thinking: “I just want to get this stupid arrangement right and throw him off.”

“…You’ve never coached at Alabama unless Coach Saban ripped your ass off. So I got a good ass from him.”

Saban and the Crimson Tide have a 20-point advantage over Sarkisian and the Longhorns.