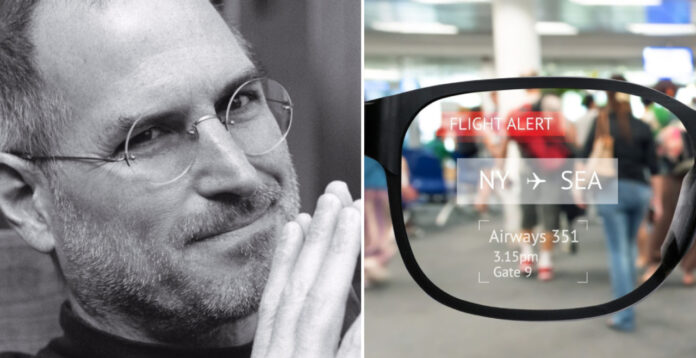 Another claim has come for Apple Glass design. Jon Prosser, who previously leaked the specs and price of glasses, has now made some claims about the design. It is said that the design of the glasses will be inspired by former Apple founder Steve Jobs.

Previously, lenses played a major role in the properties of the glasses. It was unclear what kind of design the company, which has been working on for both lenses, will have. The first expectations were that the glasses were like a rimmed glasses. However, the company may have different plans.

Steve Jobs glasses can be considered as an example for Apple Glass design.
Apple continues to work as a souvenir for Steve Jobs, one of the world’s leading CEOs, who died in 2011. Remembering its founder at every opportunity, the company will inspire the old CEO in the design of its new product. According to the claim made by Jon Prosser, the design will be round without frame.

Stating that the original design will be in a framed structure, Prosser said that users who wish can also prefer limited production. It is not yet clear from which material the series to be produced limited will be produced.

Continuing his claims, Prosser stated that an increased glasses with a normal design is currently used by Apple CEO Tim Cook.