Home Entertainment Steve Carell is trapped by a serial killer in the trailer for... 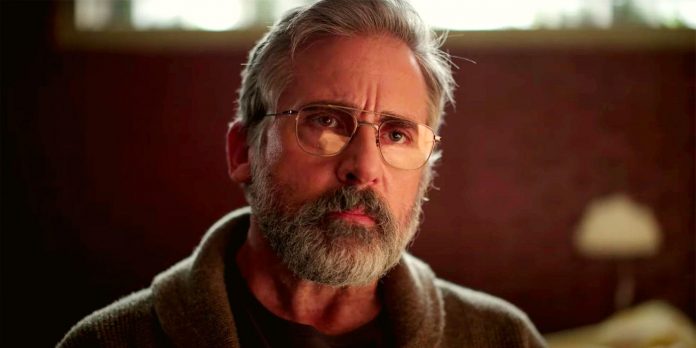 The FX Networks channel has released a new tense trailer for the upcoming psychological thriller “The Patient” starring Steve Carell. Created by Emmy Award winners Joel Fields and Joe Weisberg (“The Americans”), the story of “Patient” revolves around therapist Alan Strauss (Carell), who finds himself captured by a patient named Sam Fortner (played by Donal Gleason). ), who turns out to be a serial killer. As time runs out, Alan must fight desperately to stop Sam, otherwise he risks becoming a target himself.
Now FX Networks has released a brand new trailer for “The Patient”, which tells about Carell, who found himself involved in a dangerous situation with one of his patients. The trailer begins with Alan Strauss leading his daily life, trying to come to terms with the recent death of his wife. When he starts talking to his new patient Sam, their therapy sessions move into darker territory, which leads to Alan eventually being locked in Sam’s house with a chain on his leg. Watch the full trailer below:
Link: The finale of the series “The Americans: how the Cold War ends in the series”
Click here to watch the trailer on Youtube
Following the box office success of his recent animated film “Minions: The Rise of Gru,” “Patient” marks Carell’s return to dramatic roles as he seeks to replicate the level of acting that audiences have seen from the veteran actor in films such as 2018’s “Beautiful.” The fight and The Foxcatcher of 2014, which earned him an Oscar nomination for Best Actor. As for Gleason, the Ex-Machina actor is also due to appear in the HBO miniseries “White House Plumbers.” The above trailer promises an exciting fight between Carell and Gleason, and viewers will be able to watch when “The Patient” is released on Hulu on August 30.