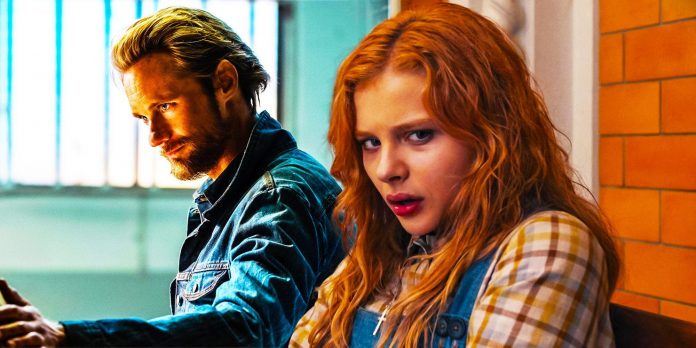 The novels of Stephen King are part of the same universe, with some characters and events referenced or appearing in different stories, and this has made way for a variety of theories, such as one that suggests Carrie White’s father is actually Randall Flagg. Stephen King has rightfully earned the title of the King of Horror thanks to his novels and short stories from this genre, which have allowed generations of readers to explore different fears and meet a variety of places and characters, both human and supernatural. King’s career as an author started in 1967 when he sold his first professional short story, “The Glass Floor”, to Startling Mysteries, and in 1973, his first novel, Carrie, was published.

Carrie introduced readers to Carrie White, a friendless high school girl who was constantly bullied at school and abused at home by her extremely religious mother, Margaret White. After a traumatic incident at school that went too far and tired of the constant abuse she went through at school and at home, Carrie discovered and used her telekinetic powers to unleash her revenge against all those who did her wrong, but she caused mass destruction in the process. Although it initially sold modestly, Carrie became a bestseller after Brian de Palma’s 1976 movie adaptation, and it has since been adapted to TV, stage, and film a couple more times, the most recent one in 2013.

Carrie White has become one of the most popular characters from Stephen King’s novels, and she and her powers have been the subject of a variety of theories within King’s universe and also connecting with other worlds. The mysteries of Carrie’s backstory have also made way for different theories, among those one that claims she’s the daughter of none other than Randall Flagg, the most important villain in King’s universe.

Who Is Randall Flagg?

Randall Flagg is an accomplished sorcerer and a devoted servant of the Outer Dark, who has supernatural abilities such as necromancy, prophecy, and influence over animal and human behavior. Flagg made his first appearance in the 1978 novel The Stand as a demonic figure, followed by The Eyes of the Dragon in 1984, where he appeared as an evil wizard trying to drive the medieval city of Delain into chaos. With time, Flagg has become the main antagonist in the King universe, and his role as the primary antagonist in The Dark Tower allowed his backstory and motivations to be expanded, linking his previous appearances and making him the feared figure he now is.

Randall Flagg has appeared in different ways in King’s works, but always as a powerful and charismatic embodiment of evil, as he’s the servant of the Crimson King, the ultimate evil of the multiverse. Flagg’s power is such that he doesn’t have to physically appear for his presence and influence to be felt, and he has served as the unseen antagonist in some works, such as The Mist, leading to a number of theories on which events in the King universe have been caused by him and in which other ways he has appeared and hidden in plain sight.

Carrie’s father isn’t present throughout the story, but he is mentioned a couple of times. Carrie’s father was Ralph White, who in the novel is described to have been a construction worker who met Margaret Brigham in 1960 and married her two years later. Ralph shared Margaret’s religious beliefs, and like her, he thought all forms of intercourse were “sinful”. One night, after going out to drink with his friends, Ralph returned home and raped Margaret, resulting in Margaret becoming pregnant with Carrie. Shortly before Carrie was born, a grisly construction accident killed several men, including Ralph. It’s strongly suggested that Carrie’s powers come from her father’s side, and this, along with a specific part of the novel, has made way for the theory of Ralph White being one of Randall Flagg’s many identities.

In the novel Carrie, it’s mentioned that Margaret “battled The Black Man and vanquished him”, driving him from the front door with a broom and him fleeing up the street, with “his cloven feet striking red sparks on the cement”, which many have interpreted as Flagg’s signature cowboy boots or Margaret referring to the devil, which also fits Flagg, more so due to Margaret’s extreme religious beliefs. Flagg being Carrie’s father would explain why she had powers and why these were so intense and destructive, and it would mean that Carrie is yet another story where Flagg was the unseen mastermind of chaos. Randall Flagg being Carrie White’s father would add not only to his already extensive history of chaos but also to Carrie’s story and Margaret’s too, as marrying and having a child with the literal embodiment of evil could have definitely been what pushed her over the edge, leading her to treat Carrie the way she did.

Doctor Who: Jodie Whittaker and Chris Chibnall Will Leave The Series