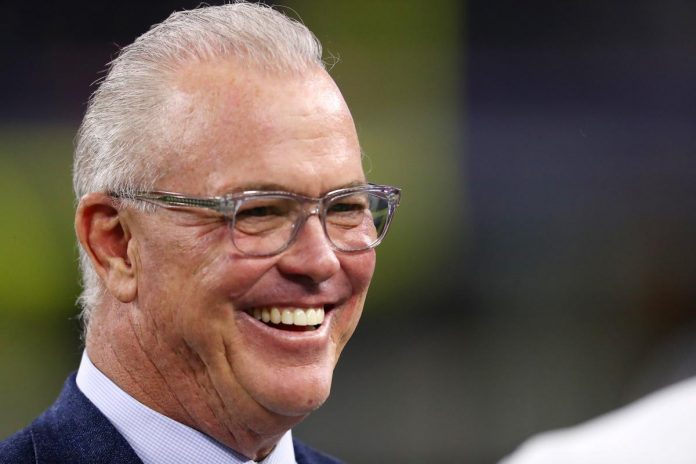 Switching to Dallas-Fort Worth channel 105.3 “The Fan,” Jones spoke with CeeDee Lamb and the Cowboys receiving corps, and also added a small update about Gallup before next week’s game against the Giants.

“I think we’re going to see that CeeDee Lamb can be a really solid No. 1 receiver in this league and definitely a great player in that regard,” Jones said.

“Of course, [Michael] Gallup has a chance to get back to work. Of course, it is possible that he will play against the Giants this week,” he continued. “I think this corps is going to come together.”

The Cowboys definitely need help from outside.

Since Cooper Rush played in the absence of Dak Prescott, his job would be much easier with someone who can expand the field.