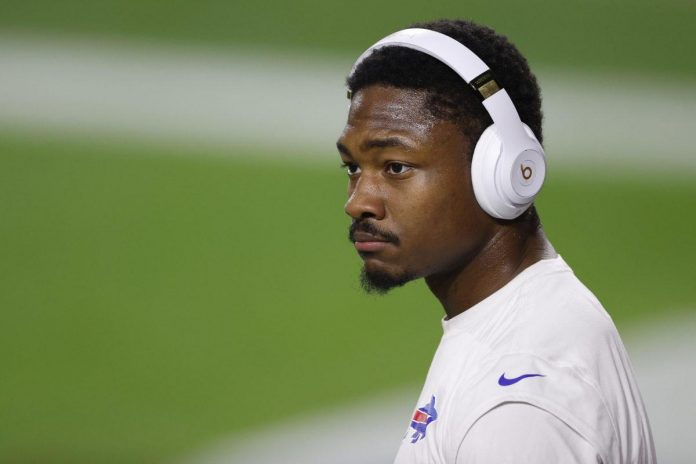 There aren’t many siblings who have played in the NFL together, and even fewer who have played at a high level. But Buffalo Bills receiver Stefon Diggs and his younger brother, Dallas Cowboys cornerback Trevon Diggs, are one such pair.

In an interview with Sports Illustrated, Stephon Diggs was asked an almost impossible hypothetical question: would he rather win the Super Bowl or see Trevon get into the Pro Football Hall of Fame? Diggs considered both options before coming up with an answer:

“Oh, it’s complicated. I’ll call the Super Bowl selfish because I’ve worked my whole life for it. But I, as an older brother, would take great pleasure in seeing my brother achieve the embodiment of what this game would call the ‘Hall of Fame. But it depends on what kind of mountain you have, because my mountain is a ring. Also, if you get a Super Bowl ring, you get into the Hall of Fame, so I’ll focus on one thing,” Diggs said.

Bills fans will surely love how it sounds. Diggs’ arrival helped lift their offense to heights unseen in the Jim Kelly-Andre Reed era.

In 34 games for the Buffalo Bills, Stephon Diggs made 238 receptions for 2,882 yards and 19 touchdowns. He caught more than 70 percent of the passes thrown towards him and became the league leader in receptions and yards per reception in 2020.

But it’s time for Trevon Diggs to shine last year. The Cowboys’ outfield quarterback led the NFL in interceptions, return yards, and rebounding sixes. He earned Pro Bowl and First-Team All-Pro honors when the Cowboys won the NFC East.

Which is more likely: will Stephon Diggs win the Super Bowl or will Trevon Diggs get into the Hall of Fame?