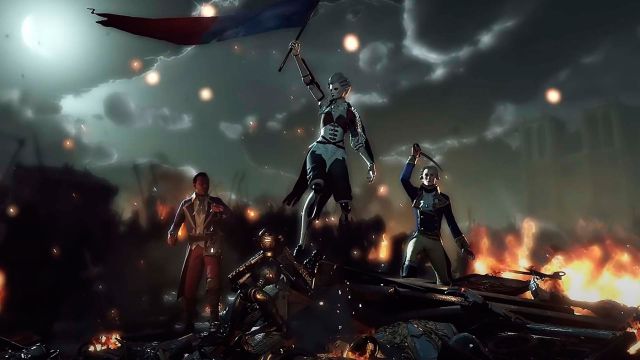 Steelrising: The new Souls-style video game from the creators of Greedfall is seen in a new video preview of its gameplay and confirms a date for 2022. Steelrising, the new action RPG in the purest Souls style set in the turbulent times of the French Revolution with touches of science fiction, has presented a new trailer with a first look at its gameplay. This has been shared by those responsible, Spiders, responsible for the celebrated Greedfall, along with Nacon, in a recent streaming in which the editor has presented her next projects and in which we have been able to see a new look at the new installment of Test Drive ( and its release date) and the arrival of a new RoboCop video game.

Thus, in Steelrising we control an automaton that will face the evil mechanical monsters led by Louis XVI thirsty for blood and chaos. “The army of automatons of King Louis XVI is terrorizing the citizens of Paris. Join the Revolution with Aegis and fight against this reign of terror to try to change the course of history! ”, We can read in its official description.

So much so, that the streets of Paris will become a real battlefield between automatons and the revolutionaries led by Aegis, an android in charge of the security of Marie Antoinette, a figure who tries to end the repression and tyranny of Louis XVI . And as this new gameplay trailer shows, Aegis will have numerous resources in hand-to-hand combat, from the most varied weapons to devastating combat techniques, all to end the threat of the robotic hosts of the king.

Exploration, secondary missions, iconic locations of the Paris of the time and a science fiction story through a new video game that already has a launch window, which is none other than June 2020 in the absence of a specific day, both for PC via Steam as well as for PS5 and Xbox Series X | S.

He did it! Metroid Dread is the highest rated game developed...