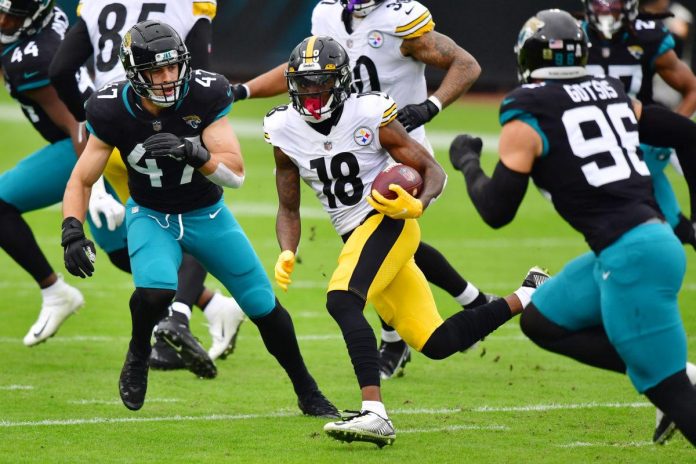 The Pittsburgh Steelers would probably prefer to be at full strength on the flanks while they try to sort out their quarterback position for good. It might be harder if star receiver Dionte Johnson isn’t ready to go.

Johnson was limited in practice Thursday due to a shoulder injury and cramps. It was the second day in a row that Johnson was restricted, but the cramps were pretty new.

In 2021, Johnson had a breakout season when he made it to the Pro Bowl after recording 107 receptions for 1,161 yards and eight touchdowns. Now that Juju Smith-Schuster is gone, he has become the best receiver of the team moving forward.

In his absence, the Steelers would need to turn to Chase Claypool as their primary target. Claypool has already said that he is ready for a heavier load if it comes to a fight.

Dionte Johnson was selected in the third round of the 2019 NFL Draft and as a rookie was the Steelers’ primary punt returner. He earned second-team All-Pro honors that season with 59 receptions for 680 yards and five touchdowns.

The following year, Johnson played a more important role on offense, his performance improved across the board as the Steelers won the AFC North and advanced to the playoffs.

Suffice to say, it would be a huge boost for the season opener against the Cincinnati Bengals if they had Johnson available.

Antonio Gibson seems to have got a new role in “Commanders”

Odell Beckham: My “Heart” With the Los Angeles Rams