Steam, one of the biggest computer gaming platforms in the world, appears to have been banned from China. The South Korean specialized website TheGamer informed, on Saturday (25), that only the Chinese version of the store is online in the country. Launched in February this year, Chinese Steam offers only 103 games, which is a tiny fraction of the more than 110,000 titles available in the global version.

It was Ricky Owens, a well-known leaker of the Fortnite game (battle royale also banned in China), who first noticed the inclusion of Steam Global in the index of banned games by the Chinese government. He immediately used his Twitter profile to break the news.

In addition to games, Chinese gamers also lose access to community resources such as the Steam Workshop, Community Market, discussion forums and the activities section, which covers user broadcasts, screenshots of recent games, in addition to Steam Guides, with tips for games published by the community.

Why was Steam banned from China?

The website domain for Steam has been blocked in China ~8 hours ago. pic.twitter.com/sBQkHQ6eWS

Not yet officially confirmed, Steam’s ban on China comes in the wake of a moralistic wave that has dominated the current year and has focused its critical eye on video games. After banning the Fortnite title in November, authorities limited the maximum amount of time children can play to three hours a week. A standard for approval of new games has also been set, according to TheGamer, which excludes the presence of “effeminate men” in games.

To pass the strict criteria of Chinese censors, local giant Tencent was forced to install facial recognition technology that scans children’s faces to ensure that a 10 pm curfew (to prevent minors from playing late at night) is respected. 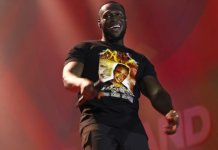