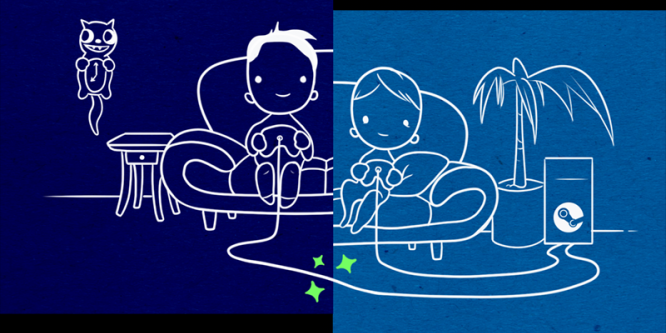 Steam’s latest beta version allows testing of a brand new “Remote Play Together” feature. With the stable version of the feature, players will be able to invite people they are not friends with to play games on Steam. This will be achieved with a link to be shared.

Valve has released a new beta version of Steam that serves as the world’s most popular online gaming platform. This released version states that a new “Remote Play Together” feature will be introduced to the application in the near future. With the release of the feature to stable versions, players will be free from a significant restriction.

The Remote Play Together feature, which is currently available on Steam, allows friends who have been added to the account to play a game jointly, even if only one party has an account. However, Valve developers have removed the requirement for users to be friends with the new version. This way, a gamer will not have to open an account for his friend for a game in his library that he wants to play with his friend.

The new feature currently only allows one player

The feature that appeared in the latest beta version of Steam has some restrictions for now. In this context, while using the brand new Remote Play Together in the beta version, they can invite only one player they have not added as a friend on Steam to play together. However, with the stable version of the feature, it is thought that such a restriction will disappear. Additionally, while inviting outside friends, players will be able to continue inviting their friends on Steam in the usual way.

Gamers can use the current version of Remote Play Together with a few easy clicks. This situation will not change much in the new generation feature. A player will create a link for the game they want to play together and give it to their invite friend. Any user who installs the Steam Link application on their device will also use this link to quickly join the game. The feature in question seems to please many Steam users.

Samsung Electronics Plans to Develop Its Own Foldable Panels