Home Entertainment Steam Made Company of Heroes 2 and its DLC Free, Total Value... 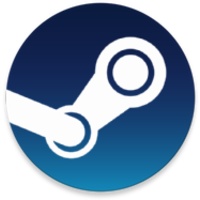 Steam, which likes to give us little surprises by making some games for free, made Company of Heroes 2 for free today, together with Little Nightmares. In addition to the main game, the Ardennes Assauld DLC was also free. The total value of the two was 19.99$.

Steam, which offers various games in its store for free with the campaigns it organizes from time to time, came up with a new game today. Offering Little Nightmares for free for a short time, the platform made Company of Heroes 2, a game well-known by strategy lovers, for free this time. The platform also offered the Ardennes Assault DLC as a bonus. The total value of the package containing these two was 19.99$.

Company of Heroes 2 and a DLC became free:

We can manage the Soviet and German armies in the main game of Company of Heroes 2. In the game where we fight our enemies in both multiplayer and singleplayer, we give our soldiers tasks as a commander and show them what they will do. The free DLC Ardennes Assault included with the game adds a new story and naturally a new side to the game, shaped around the Ardennes Assault.