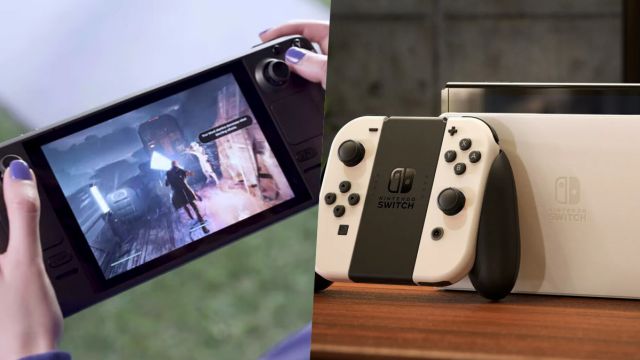 Steam Deck: The new machine from the creators of Half-Life will allow you to enjoy the entire catalog of its platform in portable format. The comparisons are obnoxious, but in the case of Steam Deck and Nintendo Swich it is difficult not to incur them. However, for the North American company both systems are complementary, since according to their words they do not compete for the same market segment, despite their hybrid nature between laptop and desktop. This was stated by Valve designer Greg Coomer in an interview with IGN.

According to Coomer, the decisions they have made regarding Steam Deck are aimed at reaching the audience that already enjoys video games on their platform. “We ended up creating a device that aesthetically shares some elements with Switch”, but nothing more. At the same time, Gabe Newell, Valve CEO, has shared a similar message. “I think Nintendo does a great job with the audience they have for their content. And this is going to be different ”because it feels like“ an expensive remote ”. It is “bulkier and takes up more than a Switch. If we are right “, Steam Deck is the right device to attract” the audience “they are looking for.

“Let me argue it this way,” he adds. “If you’re a gamer and you choose the Switch and then one of these, you know which one is right for you, right? And you will know in 10 seconds ”.

What is Steam Deck?

Steam Deck is essentially a PC in the form of a portable console. The device is designed to run the Steam game library on a device that you can take anywhere. The reservations were opened recently and for all three models, which have basically the same hardware, although the higher models improve the SSD and some aspects of the screen.

This new system will begin to be commercialized in December 2021, but not all the reserved consoles will be available from that day. Depending on when the reservation was made, some will have to wait until 2022.