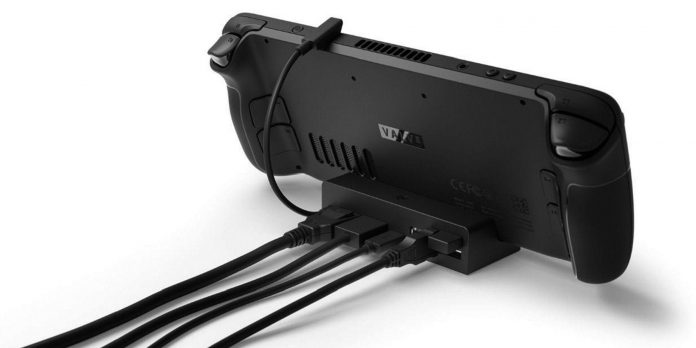 A few months after entering the market, as more and more people purchase their decks, Steam Deck is proving its value in the mobile gaming industry. Of course, it’s not perfect, but with Valve’s portable device now compatible with more than 4,000 games, and that number is constantly growing, it has become a successful hardware achievement for the company. As a result, the developer strives to keep the system up to date, and a recent patch offers users a temperature warning.

Just released version 3.3 of SteamOS, the patch notes for the latest Steam Deck update highlight a number of tweaks and fixes that have been implemented. One of the most interesting is that the device will now notify gamers when “the temperature goes beyond the safe operating range.” This probably means that users will be informed when it’s too hot or too cold to use the device safely. However, it does not say what will happen if these notifications are ignored.

This new update probably came after Valve issued a warning that using the Steam Deck during the heat could impair its performance. Since it works best at temperatures between 0 and 35 degrees Celsius, the company urged people to be careful when using a mobile PC outside this range, adding that it could “stifle” functionality. They say that the device will turn off if the temperature of the APU or Accelerated Processing Unity exceeds 105 degrees. The warning itself was issued when a record heat wave was observed in the UK last month.

It’s nice to see that Valve is taking measures to prevent physical damage to the device when it is used at high or low temperatures. The company seems to be interested in making sure that users get the most out of it. In fact, another warning was issued recently when a Steam Deck user managed to install a larger SSD without any drawbacks. Concerns from Valve say this could “shorten the life” of the device, even if it looks like it works fine with a physically large hard drive.

Originally touted as a competitor to the Nintendo Switch, Steam Deck has shown that it goes beyond games. Thanks to the ability to install a different operating system on it and compatibility with a mouse and keyboard, it looks more like a portable PC than a portable game console, and this may be one of the reasons for its popularity.

The wedding of J. Lo and Ben Affleck is compared to...