Home Entertainment Steam Deck: This Is What The Main Interface Looks Like On A... 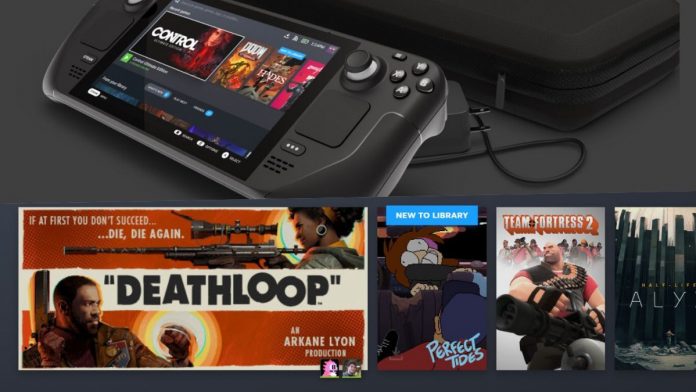 Steam Deck: Valve’s new console is a miniature PC that allows the entire Steam library to play, according to the company. The last months of the year are consuming and Steam Deck is closer and closer to seeing the light, although it will not reach the homes of consumers at the same time, since it depends on when they reserved it. Be that as it may, the portable console from the creators of Half-Life: Alyx has revealed new details, this time about the interface and its UI design, but on a big screen. Do not forget that the Steam Deck can be connected like a PC to the monitor or to the television.

The Steam Deck interface, which will replace the Steam Big Picture mode, has been leaked in some screenshots. It was Pavel Djundik, the creator of SteamDB, who has distributed the captures through Twitter. It should be noted that the images come from a leaked build of Steam OS 3 and installed on Windows. “The Steam Deck interface is basically the desktop library, but modified a bit. It is not possible to access the store at this time ”, SAYS. The images come from a development kit, so it is still in development and may change from the final version.

Will Steam Deck work with all Steam games?

From Valve they promise that the compatibility of Steam Deck with the library of their platform will be total when it hits the stores. In fact, the company will consider a bug if any of its thousands and thousands of titles ends up not working on the device. However, not everyone is sure that that promise will be kept. James Ramey, one of those who make one of the main elements of Proton (the system that allows to run Windows games on Steam OS) is one of those discordant voices. As he explained, there are currently titles that do not start on the machine.

It should be noted that these limitations are not due to hardware, but to incompatibilities with the anti-cheat systems of some multiplayer games, such as Apex Legends or Rainbow Six Siege. Still, Valve works to iron out all those rough edges.