Home Tech Steam Deck: This Is What Devil May Cry 5 Looks Like On... 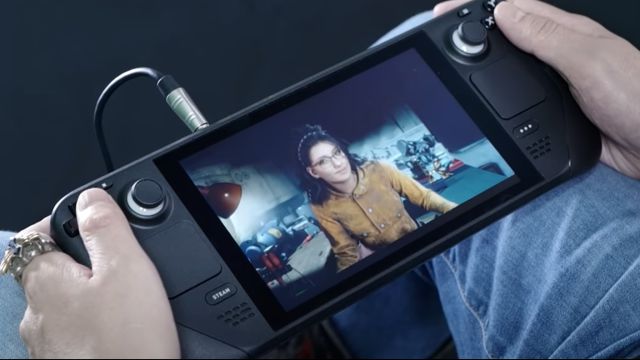 Steam Deck: First gameplay of the Capcom action video game on the new Valve machine, whose shipments will be made on request until next February 2022. Capcom has posted a new video on their YouTube channel dedicated to Devil May Cry 5 running on the Steam Deck. As we can see, the gameplay is off-screen, but it allows us to get an idea about what the gaming experience will be like in titles like this when Valve’s laptop arrives on the market, whose form factor respects the lines of a portable console .

Steam Deck has recently suffered a delay until February 2022, so that the first waves are delayed until the first quarter; while those initially planned for the months of January to March will now be sent between April and June. Devil May Cry V is available on Steam and will be perfectly compatible with the Steam Deck. We are talking about one of the most acclaimed hack and slash of recent times, with a superb Dante at the controls.

The question now is ergonomics. In an experience of this kind, a lot of precision and comfort in the hands is needed, since we press many buttons and the movements are constant. The fans have already expressed their doubts, but what cannot be denied at this point is the performance: it runs with total fluidity.

It should be remembered that the Steam Deck itself will indicate with different icons if a video game is compatible, its degree of compatibility and how it will work on the device. In principle, the entire current Valve catalog is compatible.

Cryptocurrency Exchange Coinbase Announces It Will Build Its Own NFT Platform