Home Tech Steam Deck Shows Its Final Packaging; This Is The First Unboxing 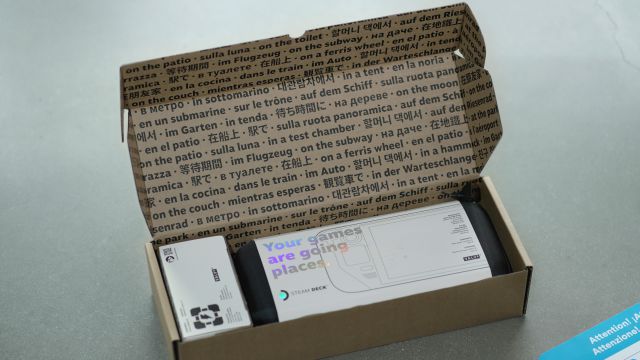 Steam Deck: Valve shows the design of the Steam Deck packaging and the elements that we will find inside the box. This is the first unboxing of the console. Valve shows the public what the packaging will be like in the commercial versions of the Steam Deck. A few months after its official launch on the market, the laptop from the creators of Half-Life and Portal reveals what players will find in the package once they receive their unit.

“We have recently completed our design validation (DV) trials for the Steam Deck, and will use the units produced for further testing and as development kits,” Valve begins in a statement. “The DV is the last prototype before final production, and includes improvements over the EV2 version. There will also be other minor changes in the final product. ”

Among those tests is the design of the packaging. “One of the main differences between these prototypes and the previous ones (EV2) is that we are now testing our packaging design. So before we start sending them to developers, we wanted to give a preview of the final packaging that customers will see in February, “they emphasize.

As you can see in the images, the outside of the box is simple, and makes a nod to the companion cubes of the Portal saga. Once open, we find places to use it in multiple languages, as well as a card that tells you how to plug your Steam Deck into the light.