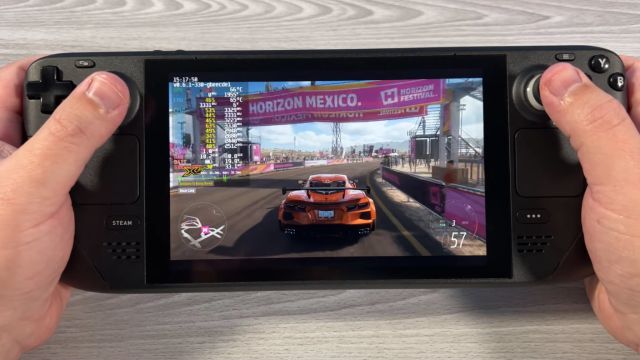 Steam Deck: Different content creators already have a Steam Deck unit and analyze the performance of the machine. These are the preliminary results. Steam Deck is approaching its world premiere. While Valve prepares the shipments of the first wave, scheduled for February 28, different specialized media and content creators are receiving their final analysis unit and, therefore, the results are beginning to be published. After seeing the first official unboxing (unpacking), user The Phawx has published a complete video on his YouTube channel of about an hour in which he analyzes point by point the performance of Valve’s new console-shaped laptop. These are the results.

The first conclusion that can be reached with the Steam Deck is that it is a very powerful and very bulky device. After comparing it with an Nvidia GeForce MX450 graphics card – a recurring mid-range chip in laptops of about 1,000-1,200 euros – the results are very similar in practically everything; in both low, medium and high settings.

When comparing it with other portable solutions from other Chinese manufacturers, such as the well-known GPD Win3 and AYANEO Next —the latter will give a lot to talk about in 2022—, we see that in video games such as Control (Remedy Entertainment) significantly higher refresh rates are achieved on Steam Deck , which ranges between 70 and 80 FPS; 70 in Win3 and 57 FPS in AYANEO.