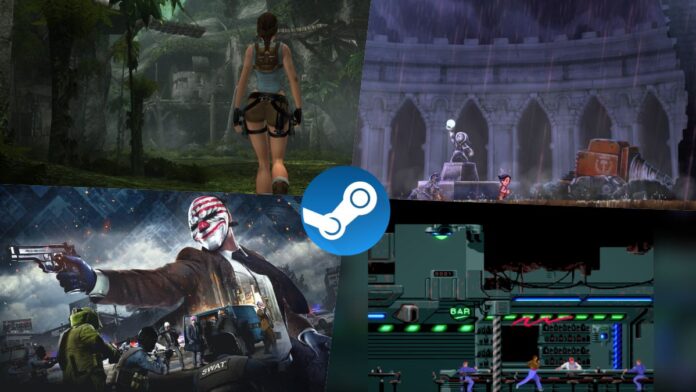 We dug through the store’s offerings to find some of the coolest bargains on Steam – insane prices. It hasn’t been long since the Steam Fall Sale, but the low prices are back thanks to a new assortment of deals, the winter ones! From December 22 to January 5, players will be able to enjoy many sales, which of course we will collect on MeriStation. In fact, we have already started gathering the best games for less than 5 euros. What if we lower the price even more? Those who do not want to spend more than 1 euro have an interesting option to keep an eye on.

Many games in the Tomb Raider series (we have featured only Tomb Raider: Anniversary) are available at almost gift prices. Among the classics, we can find products such as Deus Ex: Game of the Year Edition, Wonder Boy III: Monster Lair or Legacy of Kain: Soul Reaver, although as in the case of Lara Croft’s game, there are more products of the saga at a very similar price.