Home Entertainment Station 19: 10 minor characters who should be part of the main... 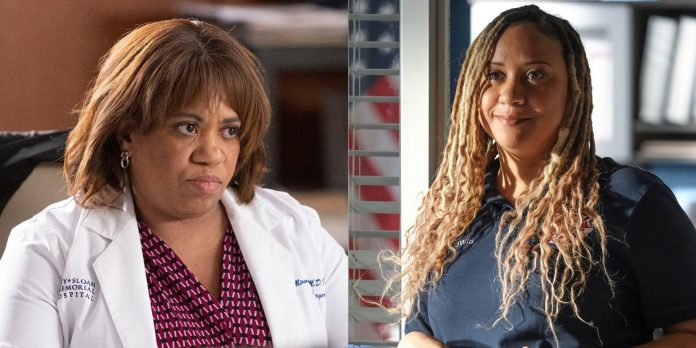 With season 6 of Station 19 set to air on October 6th 2022, fans are looking forward to seeing what is in store for their favorite Seattle firefighters. Now that the charges have been dropped against Andy, and Carina and Maya deciding to try for a baby, it appears that things are looking up for several characters. However, given that Shondaland is known for its drama and chaos, it’s unlikely that this peace will last.

Possibly driving all the chaos this season may be Jack, who, in the season 5 finale, decided to quit, leaving a lieutenant position up for grabs. While there’s always a possibility that he will be coming back, if his exit is permanent, then there’s also a chance that this will allow for some amazing side characters to shine and prove why they deserve to take his place in the main cast.

One of Station 19’s recent additions, Natasha Ross made her debut halfway through season 5 as Seattle’s new Fire Chief (the first woman ever to hold that role). It was definitely a win for station 19, especially after the firefighters had to deal with the corrupt police and Fire Chief, Dixon.

Related: 10 Shows Grey’s Anatomy Could Crossover Into, According To Reddit

However, Natasha’s arrival complicated matters in the firehouse, which is exactly what a new main character should do. Fans are keen to see her relationship with Sullivan develop, as it directly impacted Beckett, and it also affected Maya (who was expecting a re-promotion to Captain again).

For the last 3 seasons, Emmett has been quite a prominent character on Station 19. He originally arrived at the fire station as a rookie fire officer, but realized that he didn’t enjoy the job or his responsibilities as they absolutely terrified him.

As one of the few LGBTQ+ characters on the show, fans would love it if the writers would have given Emmett a lot more screen time, particularly since his relationship with Travis (one of the most likable characters from Station 19) was a hit. Given that he had only just begun a journey of self-discovery, fans would have also loved to have seen his confidence grow and for him to finally cut his father out of his life.

Miranda Bailey is an absolute icon in the world of Grey’s Anatomy. She moved from resident to mom, to attending surgeon, and then, finally, to Chief of Surgery – and she made it all look effortless.

Related: The 10 Best Grey’s Anatomy Quotes, According To Ranker

Bailey has also appears fairly frequently on Station 19. If she were to become a main character, the show could focus more on her family life, exploring her relationships with not just Tuck, but also Joey and Pru Miller. Additionally, seeing Bailey navigate Pru’s overbearing grandparents would add a new angle to her character.

Michael Dixon is an extraordinary unlikeable character; not only is he classless, corrupt, selfish, and extremely prejudiced, but his commitment to the job has also made a mockery of Lucas Ripley’s legacy as Fire Chief (who sadly passed away in season 2).

This is precisely why he would make an excellent addition to the main cast. Almost all the characters in Grey’s Anatomy and Station 19 are protagonists. Adding an antagonist would definitely throw viewers off guard and it would be interesting to explore Dixon’s background.

Beckett is the latest captain of Station 19 and it’s hard to get a read on him. He keeps himself to himself, and doesn’t much interact with his team (much like how Sullivan was during his earlier episodes).

Beckett was a lone wolf in season 5. If he were to be added to the main cast, it would give him a chance to make friends with his team and make him a more sympathetic character. His rivalry with Sullivan could also be explored further, perhaps even in a special episode that focuses solely on the two men.

Diane Lewis is one of the reasons why Station 19 is better than Chicago Fire. She was first introduced in season 3 to help the team deal with the grief of Vasquez’s death. She is a psychologist and a trauma specialist and she has helped the team overcome some truly awful tragedies over the course of 5 seasons.

Diane used to be a firefighter herself, and this backstory could be explored further if she were to become a member of the main cast. Additionally, fans don’t know much about her life outside of her work so there is a complete blank canvas to fill in.

Maddox was a Lieutenant at Station 23, a neighboring fire station in Seattle in close proximity to Station 19. He was one of Andy’s colleagues after her transfer and he definitely did not make her life easy. He was extremely misogynistic and it was difficult to like him.

His attitude got worse after Andy (who could potentially be Meredith’s new ‘person’) took on the role of temporary Captain. Fortunately, he seemed to begin to respect her authority. If he became part of the main cast, fans would be able to witness his redemption arc, similar to Alex Karev. They could also find out more about his personal life and why he was so obnoxious.

Lucas Ripley was the original Fire Chief of Seattle when Station 19 first began. He began a relationship with Vic and the couple became one of the best relationships on the show (which tragically ended in one of Station 19 and Grey’s Anatomy’s crossovers).

Had Ripley not died, his relationship with Vic would have been ripe for exploration. Ripley also had a sister who only appeared in one episode and it would have been intriguing to see their family dynamic play out.

Joey’s first appearance came in season 3 of Station 19, and he has gone on to appear in many episodes since. He is Ben and Bailey’s adopted son after they fostered him when he and his foster siblings were found living on the street.

If Joey became a main character, he could have a storyline that has rarely been featured in the Grey’s Anatomy universe: his journey from student to medical doctor. His arc could follow his attempt to get into med school, his journey through education, and then his journey towards becoming a doctor.

Although Richard is a main character on Grey’s Anatomy, he has been popping up more often recently in Station 19. This is due to the fact that he has taken on the role of Sullivan’s sponsor after Amelia Shepherd recommended him.

This could give Richard the opportunity to take on a completely different role outside of his work. Watching Richard help Sullivan (and possibly even Beckett) could also help viewers at home with their own recovery.