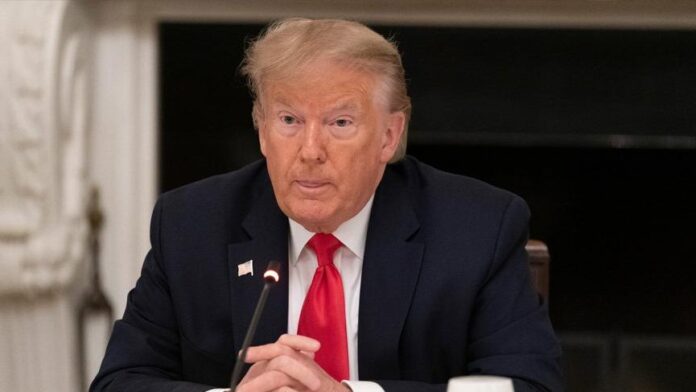 US President Donald Trump, who was criticized for his attitudes that did not take the coronavirus pandemic seriously, was the agenda with the words “If we reduce testing, the coronavirus cases will decrease”. Now a White House official has announced that President Trump is not serious in his words.

US President Donald Trump, who has been on the agenda with every move, has become the target of criticism again, saying in a statement he made recently, “If we reduce testing, coronavirus cases will decrease.” Trump, who also fell in the language of social media with these words, expressed in many different explanations that he was serious in this thought.

Adding a new one to his reactive statements, President Trump said in his election speech in Tulsa, Oklahoma, “When you do a lot of tests, you will find more cases. So I told the authorities that the tests should be reduced and slowed down.” Speaking after these statements, a White House official said that Trump was joking.

The election rally, which witnessed Trump’s remarkable explanations, was held in the gym with a capacity of 19,000 people in Tulsa, Oklahoma. While the social distance rule was not followed at the rally, it was not noticed that the majority of the participants did not even wear a mask.

Stating that he had instructed the authorities to slow down the tests during the rally, Trump said that the USA conducted 25 million tests and was ahead of other countries in terms of the number of tests. The President reconciled the reason why the USA is the country with the most cases in the world, as it is the country that makes the most tests in the world.

According to official data, there are 2 million 255 thousand 119 people in the USA diagnosed with coronavirus so far. While 617 thousand 460 of these patients regained their health, 119 thousand 719 died due to the virus.

Speaker of the US House of Representatives Nancy Pelosi landed in...

Vermont wants to ban cell phone use under 21