Home Entertainment State of Play Returns in April with Ratchet & Clank: A Dimension... 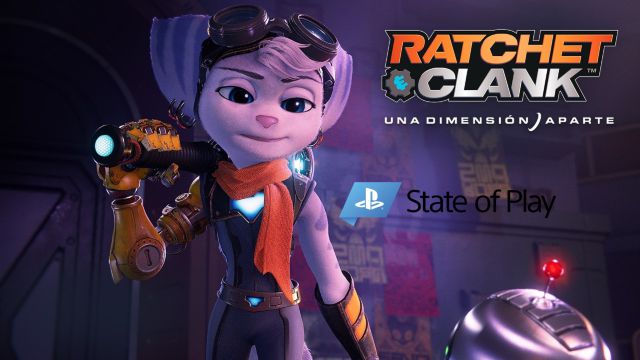 State of Play: There will also be news on some indie games to come, as announced by Sony. New State of Play announced. Sony Interactive Entertainment has taken advantage of the presentation of a new trailer for Ratchet & Clank: A Dimension Apart to reveal that Insomniac Games still has something more to teach. This has been revealed by the company on the official PlayStation Blog, where it has confirmed that the streaming will take place next Thursday, April 29. In addition, on Twitter they have added that details will be revealed on indie titles that are on the horizon for PS4 and PS5 consoles.

Time in Spain, Latin America and the United States

As is usual in the case of PlayStation, State of Play can be enjoyed live through the official Twitch and YouTube channels. Below we show you the schedule broken down by country:

Ratchet & Clank: A Dimension Apart is a title developed exclusively for PS5, so it will take advantage of the hardware to offer a graphics section to match with good performance, not to mention the practically instantaneous loading times. It will be from next June 11 when players can embark on this new adventure.