As it announced earlier this week, Sony carried out a series of announcements on Thursday in its latest State of Play. The Japanese giant has revealed 10 new features for PS4 and PS5, including the long-awaited free upgrade to Final Fantasy 7 Remake for the new generation. Check out the details:

With the wave of PS4 games that received updates to run better on PS5, expectations were raised about Final Fantasy 7 Remake. With beautiful visuals, the game suffered from limitations in relation to texture streaming and some other visual glitches, in addition to the 30 FPS lock, even on the most recent console.

Sony then confirmed rumors and announced Final Fantasy 7 Remake Intergrade, the next-gen version of the Square Enix title. According to the reveal trailer, the game will take advantage of the PS5’s power to offer two performance modes, with one offering native 4K and the other targeting 60 FPS, as well as enhanced textures, reworked lighting, full photo mode and more. Game owners on PS4 will be able to upgrade to PS5 for free, with saves transfer included.

It was also revealed that Yuffie will arrive at the remake through a chapter of its own, sold separately, but with no price yet revealed. The episode shows the character in an unprecedented adventure through the streets of Midgar, accompanied by the mysterious Sonon, new to Final Fantasy 7. The turbocharged version of the game and its DLC arrive on June 10. It is worth remembering that the base game will be offered on PS Plus in March, but it has been confirmed that this version of the game will not support the free upgrade.

Deathloop, the newest and most mysterious game from Arkane Studios, now owned by Microsoft, also gained news during the event. The gameplay trailer, called “déjà vu”, focuses on some of the game’s mechanics, while showing a little more of Blackreef’s lawless island. It is possible to see the influence of other games in the studio, such as Dishonored, with loop mechanics being its biggest differential.

Activision had already announced on the 9th that Crash Bandicoot 4; It’s About Time would receive an upgrade packed with new features for PS5 and Xbox Series X | S. During the State of Play, all the changes that the new generation of consoles will bring to the game were revealed.

In addition to the native 4K resolution with 60 FPS, the update will benefit from the devices’ fast SSD and, in the case of PS5, support for 3D audio through the Tempest Engine, integration with the adaptive triggers and haptic feedback from DualSense, as well as PlayStation activities.

One of the first games announced for PS5, including support for DualSense and other features, Kena: Bridge of Spirits received a new gameplay trailer showing exploration, combat and some elements of the story. The game is planned to arrive on PS4 and PS5 on August 24

The newest adventure in the classic Oddworld franchise, Soulstorm was another title to gain new details during State of Play. In addition to basic gameplay elements, some new features were explained, such as the 2.9D perspective, with “much more depth and immersion for the player”. DualSense features, such as haptic feedback, are also supported here, and the game is the next release to be offered to PlayStation Plus subscribers for free.

A surprise announced for PlayStation 5 some time ago, Five Nights at Freddy’s: Security Breach is the most ambitious game in the famous horror series. Unlike most of its predecessors, the new title will have 3D exploration in vast environments that promise to harness all the power of the new generation console.

New game from Heart Machine, the studio behind the well-received Hyper Light Drifter, Solar Ash receives its first gameplay video, showing all the mechanics of the title. The game is more ambitious than the original studio project, bringing an open 3D world with a focus on fast movement, bringing combat and other elements that always keep the player in motion. Solar Ash arrives on PS4 and PS5 in 2021.

EA’s new sports game with Velan Studio reminiscent of the classic fire, Knockout City had a confirmed release for PS4 and PS5. The title puts teams of 3 players against each other on a large metropolitan map, with some unique mechanics. Also scheduled to arrive on Nintendo Switch, Xbox and PC, the game will have a crossplay beta before its release on May 21.

New project from the studio behind Absolver, Sifu tells the story of a young man who trained for years to avenge his family, killed by criminals. With a gameplay that brings Kung Fu blows, Sifu’s unique mechanic is a medallion that prevents the player from dying. However, each time the item is used, the character ages, getting closer to the ultimate death. The title comes to PS4 and PS5 in 2021.

Finally, Returnal, the ambitious project by the producer Housemarque de Resogun and Nex Machina, won another gameplay with new details of the plot and mechanics. This is yet another title using the time loop as the main element, with the player gaining a new chance with each kill. 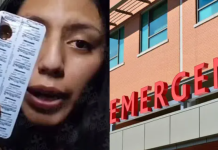 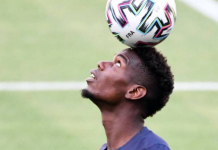 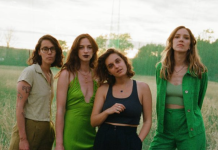 Goats are the real heroes of Thor: Love and Thunder, Twitter...

Battlefield Portal, We’ve Already Seen It. All The Details On The...