Home Celebrity Stassi Schroeder tells the truth about why she and Beau Clark cut... 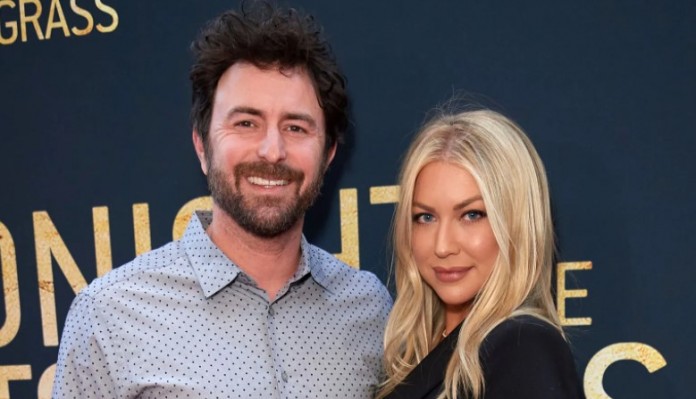 Not personal. Stassi Schroeder and Beau Clark have reduced the guest list at the Italian wedding not out of spite, but out of necessity.

The 33-year-old Vanderpump Rules graduate said on Monday, May 23, on the episode of the podcast “Skinny Confidential Him & Her” that her dismissal from the Bravo series played a role in limiting the number of people at her ceremony on May 12.

“It was supposed to be by Vanderpump rules,” Schroeder said of the European wedding, noting that she and 42-year-old Clark brought along a producer of the show in 2019 to scout the venue. “I couldn’t just go plan a wedding with Beau.”

However, after the hotel, the venue for the ceremony and the reception room were booked, things got complicated for several reasons.

Schroeder, who shares 16-month-old daughter Hartford with a Florida native, was fired in June 2020 from Vanderpump Rules. She was released along with Kristen Douthat after their past racially insensitive remarks surfaced.

In addition to the fact that Bravo broke off relations with the author of Off With My Head, the COVID-19 pandemic limited the couple’s ability to travel abroad to tie the knot. As a result, the couple got married in an intimate ceremony in the backyard, and earlier this month arranged a luxurious Italian wedding.

“Bravo didn’t pay for this shit,” Schroeder recalled in a podcast on Monday, noting that the venue in Italy is still closed despite her departure from the show. “[We had to] cut 70 percent of the guest list because it’s too expensive. Now it’s a wedding for 35 people in Rome, in a place designed for a shitty mass of people.”

The smaller guest list meant that almost none of the Louisiana native’s former “Vanderpump Rules” co-stars went on the trip. In fact, only Katie Maloney and her ex-husband Tom Schwartz were at the party.

“To be honest, everyone was sympathetic,” Schroeder said about the editing process, admitting that she was “merciless” towards her former colleagues on the set. “We sent out an email like, ‘Hey, times are tough, we can’t have a wedding for 200 people.’ It doesn’t mean we don’t like you, but you’re not one of my 35 best people.”

The author of Next Level Basic explained that although many of Bravo’s personalities have not been to Italy, she has remained friends with some.

“Katie, as I said, is the godmother of my child. She’s one of my closest friends,” Schroeder told the audience. “I’m friends with Kristen, but it’s not the same. We’re all going in different directions. Our lives are so different. I don’t have time to be a Weho Witch.

Doute, who was in Hawaii when the wedding took place, revealed via social media on May 13 that there were no hard feelings. “Oh, I’m sorry I missed Rome, but we have a wedding here that we’ve already booked!” the 39—year-old author of “He Drives You Crazy” wrote on Instagram. “I am so happy that she has achieved the wedding of her dreams.”