Home Tech What is startup? Understand the meaning and how these companies work 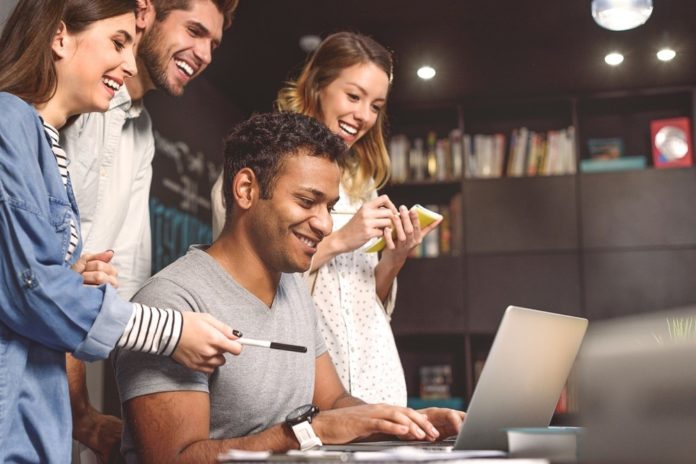 Startup is a term used to classify new companies that offer innovative products. Typically, these businesses are linked to technological solutions that try to meet some market need. Despite facing a more uncertain and risky start, these companies tend to succeed and can become references in what they do. This is the case, for example, of Uber, Netflix and Nubank, among several others.

Next, understand what classifies a startup, what is the relationship that exists between innovation and risk and what are the differences between this type of venture for more consolidated companies. See also the different types of existing startups and examples of companies in this category.

What is a startup and how does it work?
The meaning of the word startup has its origin in English, in the word start, and the first uses refer to an article in Forbes magazine, in the 70s. The term, however, only started to become popular in the 90s, with the rise of the Internet. At the time, several startups emerged in Silicon Valley, a region of California that is home to several technology companies, including giants like Google and Apple.

The term startup itself is quite generic and can range from technology giants to companies in the gestation stage, which develop some innovative idea and seek to bring it to the market. In spite of this, the term is usually used to describe business in its early stages. In general, the idea of ​​startup is directly linked to the notion of innovation, the search for something that does not yet exist, but which suffers the possibility of not taking off. These are projects with great potential, but also with great risks for those who invest. Another characteristic common to startups is the agility in developing and delivering projects.

Considering this definition – of companies in early stages, which take high risks, but can deliver revolutionary products and services -, it is possible to get a sense of how startups work. They can come from simpler solutions, in which a group of people come together to get an ambitious project off the ground, or even in more structured initiatives, financed by private money in search of big gains with innovative ideas. There are also those that start in incubators maintained in teaching and research institutions by the government.

What are the most common services offered by startups?
The term startup defines a company of an innovative character and which is usually in the initial stage, but does not define the type of service and product it offers. However, it is more common for these companies to have a vocation associated with the exploration of new technologies, such as application development, but they are not restricted to this.

Some less obvious examples are automakers of exclusively electric vehicles, such as Rimac and AEV Robotics; aerospace companies, which propose space exploration as a business model, such as Virgin Galactic, RocketLab and Blue Origin; or even a series of companies studying the creation of urban transport systems using electric vehicles, flying or not, and of an autonomous character.

Differential of startups
If we consider the idea that startups are companies at an early stage, with promises of innovative but risky ideas, the main difference for traditional companies is due to the scale: many startups start with a few friends and few employees. In some cases, even, the ventures start only with the efforts of their founder.

Another difference is related to agility. Unlike a company that is already consolidated and tends to move slowly in internal processes of analysis and discussion of new products, the startup can get out of the idea for implementation in a short time. In general, they take more risks, establish a closer relationship with their customers and are more likely to face failures naturally.

B2B startups (“business to business”, or “business to business”, in free translation) are those that provide services to other companies, and not necessarily to final consumers. This is the case with CloudSigma and Vultr, which offer cloud solutions for other companies;
B2C startups (“business to consumer”) are those that sell products and services directly to end consumers. In this field, companies like Uber and Spotify started, which today are already consolidated in their branches;
B2B2C startups (from “business to business to consumer”) form a chain in which two startups establish some form of link between themselves to serve an end consumer. An example of this profile are the so-called marketplaces, in which you end up purchasing a product or service from store A through the mediation of store B.

Brazilian startups
In addition to the startups already mentioned in the text, there are several other companies of this type. Some examples of Brazilian companies are Nubank and PicPay, called fintechs. They embody the definition of companies that bet on something innovative and with great risk. These are businesses that have identified the need for faster and cheaper financial services, and have sought to offer these products as an alternative to what traditional banks and financial institutions do in the country.

Other Brazilian startups are iFood, which offers a unique food delivery platform for restaurants of all types across the country; 99, which is a national option for Uber; and Movile, which looks for other promising startups and invests in its ideas with the objective of making expressive gains, in case the venture succeeds and pays off.

Poisoning city water with a computer: The Florida hack