Car startup Halo announced the launch of a driverless electric vehicle sharing service in Las Vegas. Despite not having a driver behind the wheel, the cars will be driven remotely by a driver, using a 5G connection offered by T-Mobile.

The company combines remote operations and human driving to appeal to a niche market that is resistant to the use of autonomous cars. According to a study released in June by Lynx Software Technologies, 80% of Americans trust a human driver rather than an Artificial Intelligence (AI).

With the Halo service operating, the actions of human drivers will be used by the AI ​​system to learn and improve the driverless driving of vehicles, ensuring automation of certain tasks over time.

A fleet of Kia Niro electric vehicles has been modified to house a system of nine cameras that transmit the images to the remote driver. The cars also have safety mechanisms typical of autonomous vehicles, such as radar and ultrasonic backup sensors, which allow the car to brake suddenly in an emergency.

Remote control access requires minimal latency connectivity, as delays can be catastrophic when the remote operator maneuvers through the congested traffic of a large city, for example. Therefore, the 5G technology implemented in cars was developed exclusively by T-Mobile for Halo.

How the Halo service will work

Halo’s vehicle sharing service will be very similar to other apps like Uber, 99, Cabify, among others. The difference is that, after requesting a trip using the cell phone, the passenger will receive a car without a driver. Once the route is covered, the car will return to a garage.

The service is expected to be available to the public later this year, but the vehicles are already being tested on the streets of Las Vegas. Pricing for the race has not yet been set, but it will have to be competitive with other car sharing apps. 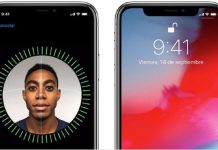