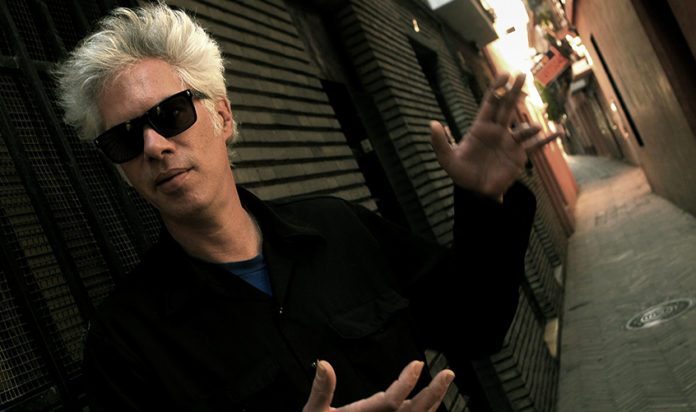 When viewed from a popular perspective, American independent cinema is often associated with the boom in the 90s. Tarantino’s Reservoir Dogs – Named with Reservoir Dogs, Inexpensive Novel – Winning a Golden Palm with Pulp Fiction, Kevin Smith signed a modern classic about “nothing” with Clerks – Sex Lies of Soderbergh – Sex In those years when he was nominated for an Oscar for a small film like Lies & Videotape, it was a period of time in which the works of filmmakers referred to as “independent” were even more visible, in fact, more clearly, integrated into the mainstream. In other words, the process, which seemed to be the rise of the independents, also pointed out that the independents gradually lost their independence. At the point reached today, we can say that some of the directors in question have turned into stars, and some of them have not changed much, despite the increase in their recognition.

From this point of view, it can easily be seen that the origins of the understanding called American independent cinema go back much earlier. This understanding, which is based on the studio system of names such as Samuel Fuller and Nicholas Ray, and filmmakers such as Maya Deren and Kenneth Anger with their experimental work, finds its first concrete response in the first film of John Cassavetes, Shadows – Shadows in 1958, and the success of this production. Like the founder of American independent cinema, Cassavetes is attributed to a somewhat ambitious title. The opening of this door, which will also facilitate the birth of New Hollywood, has paved the way for many directors who want to make “independent” cinema in America. One of them is Jim Jarmusch, who sees John Cassavetes as his teacher.

Born in Akron, Ohio, USA, the path to Jim Jarmusch’s cinema career was opened in 1971 when he was 17 years old and came to New York to study American and English literature. Jarmusch, who went to Paris shortly before graduating from this department to study French literature, is also fascinated by the films. So much so that he had the chance to watch Japanese and European films in the legendary Cinematheque in Paris – in his own words – that he could only read what was written before; Thus, he met the cinema of many important directors such as Robert Bresson, Yasujiro Ozu and Jean Vigo, whose influence can be easily seen in his style. When he returned to New York, he applied to NYU for cinema education and was accepted even though he did not have any experience in this regard. In short, Jarmusch was not satisfied with the education given here, he left school, and said that he should make efforts to forget the things that are tried to be taught here, in his ironic language. But during his time here, he met important names from the industry and had the opportunity to work with Nicholas Ray.

The cinema of Jim Jarmusch is character-oriented rather than story. He first designs the character – or characters – in his mind and develops the plot around him. This orientation clearly makes itself felt since the first 1980’s Permanent Vacation. It is for this reason that when we think backwards, the ones that come to our mind from the Jarmusch movies we watch are not plots but characters. Dead Man – William Blake, played by Johnny Depp in Dead Man, Striking characters we see in episodes shaped around Elvis Presley in Mystery Train, bus driver with the same name as Adam Driver’s life in Paterson, Ghost Dog – An African American samurai shooter at the center of Ghost Dog… The fact that these characters, whose examples can be further enhanced, is more memorable than the events we watched, is a result of Jarmusch’s style inspired by European and world cinema. Similarly, Jarmusch’s long plans, which were shot with a fixed camera, which can be observed especially in the first period of his career, and which include generally mimic characters, can easily be interpreted as an extension of a similar understanding.

His cinema is on the other hand, in a constant exchange with music. In addition to working with musicians such as Tom Waits, John Lurie, Iggy Pop, RZA, Neil Young on topics such as acting or music, music is an important part of their narrative, especially in the case of the Mystery Train. He also went behind the scenes for two music documentaries such as Year of the Horse and Gimme Danger along with the video of The Lady Don’t Mind of Talking Heads. In the light of all this, we can summarize as follows: The cinema of Jim Jarmusch, which has become one of the most important figures of American independent cinema; it is a cool blend of literature, world cinema and music – especially punk.

Best to Start: Strange from Heaven – Stranger then Paradise (1984) 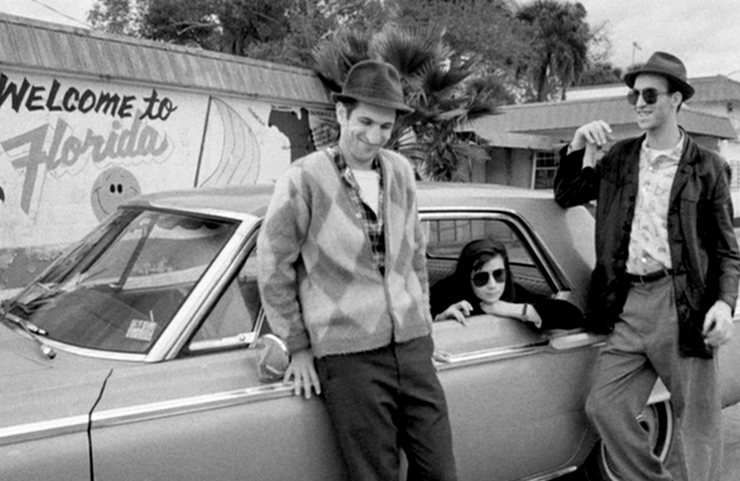 A film that has won two respected awards, such as the Golden Camera from Cannes and the Golden Leopard from Locarno, is also the first work in which Jarmusch strongly reflects his genius. He interprets road film patterns, one of the most frequently used motifs of American cinema, according to his own style in this production, Jarmusch. Hungarian immigrant Willie, who draws a completely out of place domicile in New York where he lives, takes his friend Eddie and his 16 year old cousin to the center. The story that begins in New York reaches Florida with the characters dragging from there to there. But as we mentioned, the main concern of Jarmusch in the movie is the situation of the characters who embark on this journey rather than the journey itself. All three characters are bored with the current situation for different reasons, and they imagine that every new point they arrive will be heaven. It is the atmosphere where the melancholy feeling that will spread throughout Jarmusch’s entire filmography is dominant. It is neither too pessimistic nor a very positive movie. it is a funny and sometimes heartbreaking journey like the life itself, where three young people are heading for something “new” that they do not know the name or what it is.

Strange from Heaven, too, is a black-and-white production made with only two lenses, consisting of only 67 plans, with a fairly low budget, some of which are complemented by films by Wim Wenders. With its interesting characters that do not belong precisely, the melancholy mood and the contribution of Screamin ‘Jay Hawkins’ legendary song I Put a Spell on You to the narrative, this film is perhaps the most refined of the core elements of Jarmusch cinema. hosts. 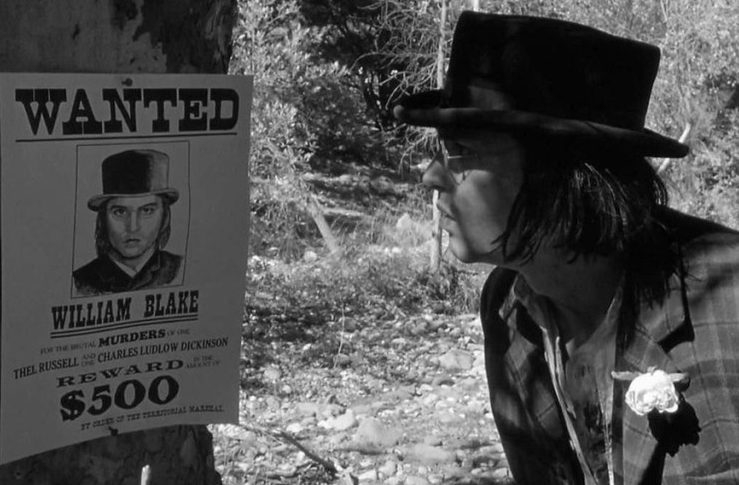 Dead Man, the first period film of Jim Jarmusch, takes the audience to the west of the 19th century America’s eve of industrialization. The trigger of this journey is a “white” who goes to the West to be an accountant, William Blake, who takes his name from the famous poet. This man, who is welcomed with a completely different world in his new geography, this time goes on a spiritual journey through the channel opened by the indigenous Nothing he encounters by chance. The movie offers a simple but complicated narrative about the cycle between death and life and the historical transformation of America. Jarmusch is still in search of a similar character, accompanied by characters with a slightly more in depth structure than those in Garip from Paradise. But this time, with the influence of his accomplishments in his previous films, he spreads his narrative to a larger scale and derives perhaps his most political work from there. 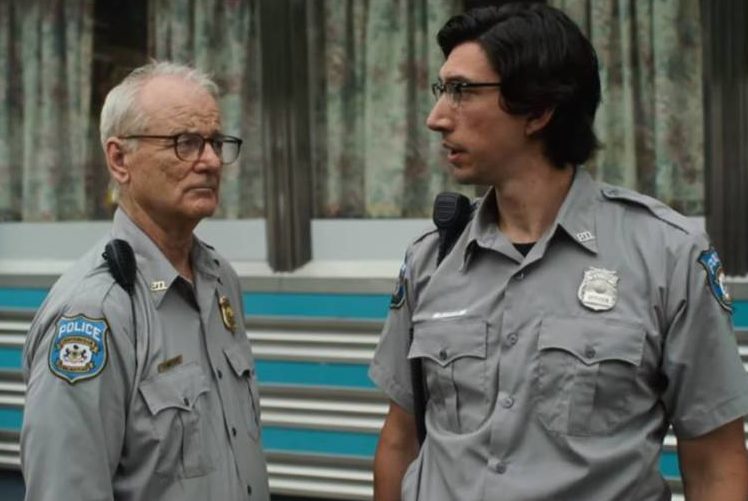 Only Lovers Stay Alive in 2013 – It was an exciting idea from the very beginning that Jarmusch, who signed a unique vampire movie with Only Lovers Left Alive, stepped into the world of zombies; Especially when we think with the names like Adam Driver, Bil Murray, Steve Buscemi, Tilda Swinton in the cast, but from The Dead Don’t Die, which opened the Cannes Film Festival last year, from the point of view of the zombie concept it handled, We will not be exaggerated if we say that Jarmusch filmography has been the bottom point until now. Hoping that this film is a momentary form-shortage and starting from any other film he has shot throughout his career, it would be much more logical to enter Jarmusch’s world. 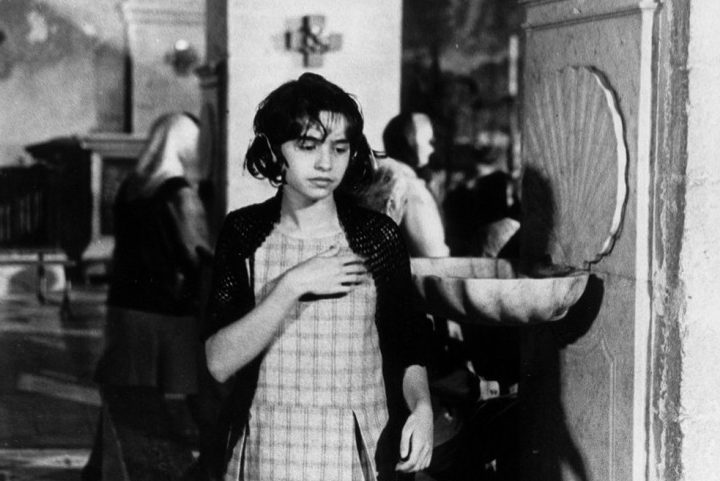 LIAM HEMSWORTH HAS A TWIN RUSSIAN, DO YOU SEE THEM?