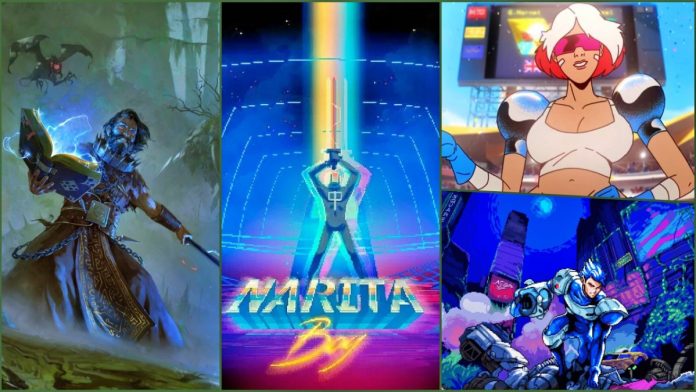 Starting at 19:00 in the afternoon Spanish time, today February 3, the Steam cover will put on its best clothes to host a new festival that will last until February 9, during which hundreds of studios will hold activities, streamings, interviews and, most interesting for many, are offered free demos of games with release dates not too distant. A perfect opportunity to nurture our wish lists and keep track of those games that attract our attention especially for the coming months (doing this contributes greatly to improving the visibility of our favorite projects and thus we contribute to increase the possibilities of best-seller for the study in question).

Steam tries to organize the days of the fair so that the greatest number of studios have their chance to shine and put themselves before the eyes of the millions of users of the platform, but with so many demos to choose from, it is sometimes difficult to know how to choose. For this reason, we leave you some suggestions for games with a certain follow-up and very promising aspect that can be a sure value to enjoy these days:

Undoubtedly, one of the greatest attractions of this festival will be to try the fascinating independent production of Eduardo Fornieles at the command of Studio Koba. A successful kickstarter that has been in the development ovens for quite some time and that seems ready to become one of the indie productions to follow in 2021. Imbued with a retro-futuristic spirit, dotted with references to the 80s and with spectacular aesthetics and animations , is a fixed destination for these festival days.

If you are in love with run’n gun, you are a fan of Contra or Bionic Commando and you are always looking for games that continue the original legacy of these titles before the massive irruption of 3D, Steel Assault may be the game you are looking for. rada. Vibrant and colorful 2D graphics, fast paced rhythm, sugar cane music to the rhythm of synthesizers, a chord mechanic that promises excitement on the platform parts and final bosses that barely fit on the screen. Another highly anticipated demo.