Home Entertainment Stargirl: Trailer and Date Of The Second Season With Jade, The Daughter... 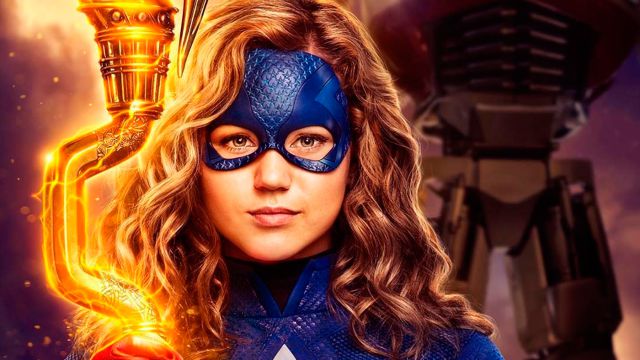 Stargirl: Season 2 of the hit series by The CW and DC premieres this summer and shares the first images and a promising trailer full of surprises.Stargirl, the successful CW series based on characters from DC comics and which was so well received with its first season, has presented the trailer for its second season along with new images, also sharing its release date. Thus, the new episodes of Stargirl will be able to be seen from next August 10 in the United States through the channel The CW, while in Spain they should be broadcast on HBO in a few dates close to its original premiere.

Stargirl returns to adventure on August 10

Thus, and as it was advanced a few months ago, this second season of Stargirl becomes part of the offer of The CW, leaving behind the platform that gave birth to the series, DC Universe. Be that as it may, on August 10 we will be able to enjoy the new adventures of Stargirl and the new Justice Society of America after the events of the first season.

And it is that after defeating the Injustice Society of America, Stargirl and company are already thinking of putting aside their superhero identities to recover her previous life; although they will soon discover that it is not the best idea with the return of old acquaintances and the appearance of new characters. Actress Brec Bassinger continues to play Stargirl alongside the rest of the series’ regular cast.

Thus, this second season of Stargirl introduces characters such as Jade, the daughter of Alan Scott’s Green Lantern, or Thunderbolt; Furthermore, Eclipso had already been confirmed as a great villain in this new batch of episodes and whose description indicates that he is “physically imposing and terrifying. Overflowing with a cold and terrifying darkness, Eclipso preys on the shortcomings of others, reveling in the impure and sinful, sadistically feeding on the dark side of humanity.

What is the Hawkeye pizza dog doing now? She’s living her...

App That Downloaded Movies From Netflix And Disney+ Is Banned From...